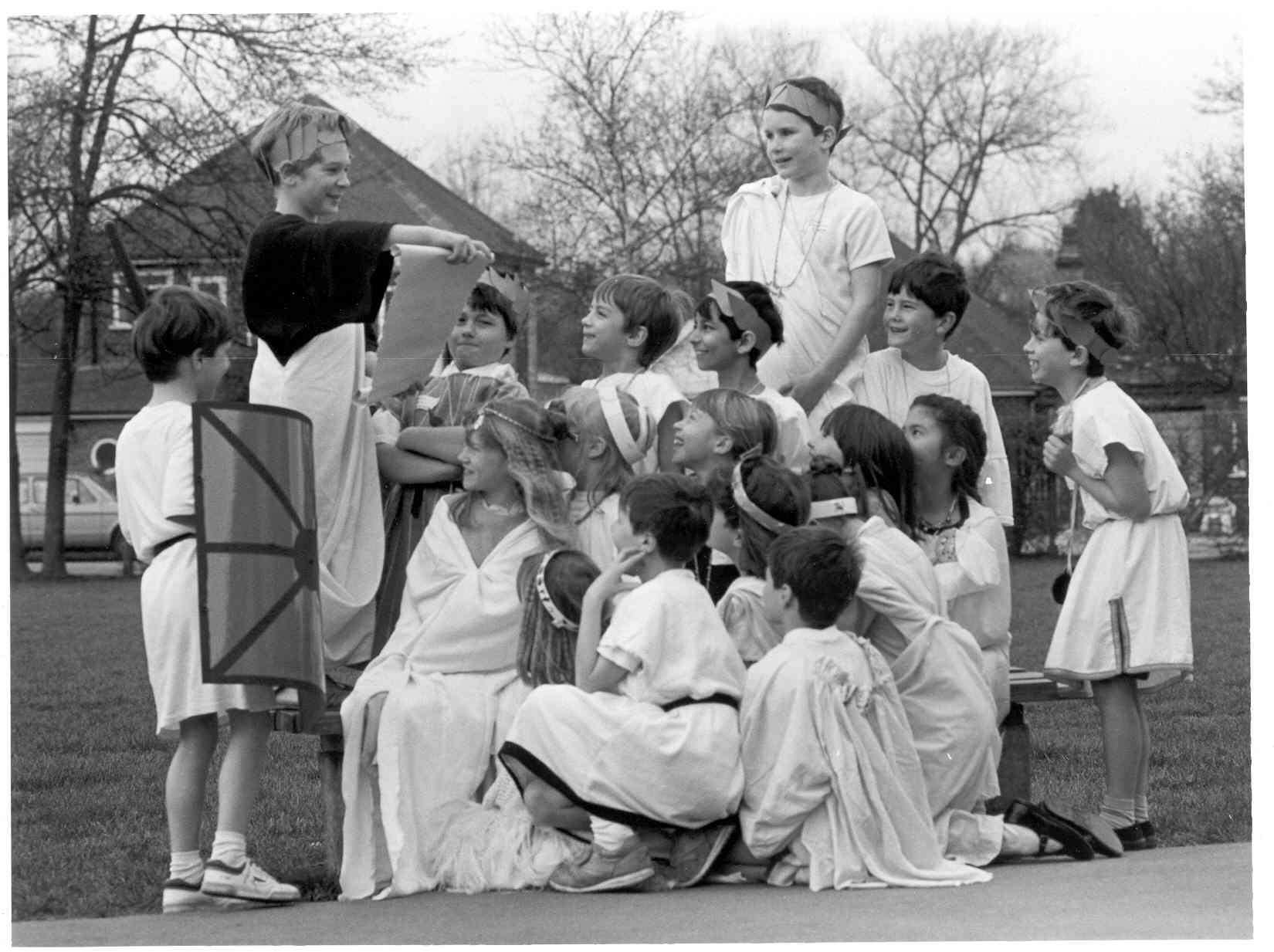 The 1st Year Roman Day was held on 15 March 1991. The above photograph was taken by the Gazette photographer. It accompanied the following article:

Friends, Romans and Others

It was far from being a Roman holiday at Breakspear Junior School last week - the youngsters were actually having a history lesson. Clad in togas, tunics and sandals, the children experienced Roman life, including games and chariot racing, and then ate a meal of dried fruit, bread and ham - while lying down Roman style!

The Ides of March were chosen for the event, which was a culmination of work done by first-year pupils for their half term project. "The children thoroughly enjoyed it," said head teacher Philip Rutter.

The fourth-year production of the Burning Bush is being shown to parents tonight and Thursday at the school in Bushey Road, Ickenham.