During 1985 the Gazette carried an article on Breakspear's
fund raising activities for a Cancer Unit at Mount Vernon Hospital.
The first appeared without a picture:

School spells it out for cancer unit

When staff at a junior school discovered a former employee was fundraising for a cancer research unit, they decided to pitch in and help. They recruited the school's 320 pupils and organised a mass spellathon which raised more than £3,000 for the Mount Vernon Breast Cancer Clinic appeal. Children at Breakspear Junior School in Ickenham were given 50 words to learn in the spellathon. They arranged sponsors, learnt the words and were tested by teachers. The amount raised by the children is the largest single donation received by appeal organisers.

Later, a second article appeared with a photograph of Mr. Ettling and the children presenting the cheque in the hall:

More than 300 school children at Breakspear Primary, Ickenham, spelt help to Dr Hugh Thomlinson of Mount Vernon Hospital, Northwood last week; They can spell a lot of other words too and handed over the fruits of a specially organised sponsored spell-in - £3,000 - to the doctor who is pioneering a new way of treating breast cancer at the hospital. The unit looks set to close when a Medical Research council grant runs out at the end of the year, but a clinic appeal has been set up to hopefully save it. 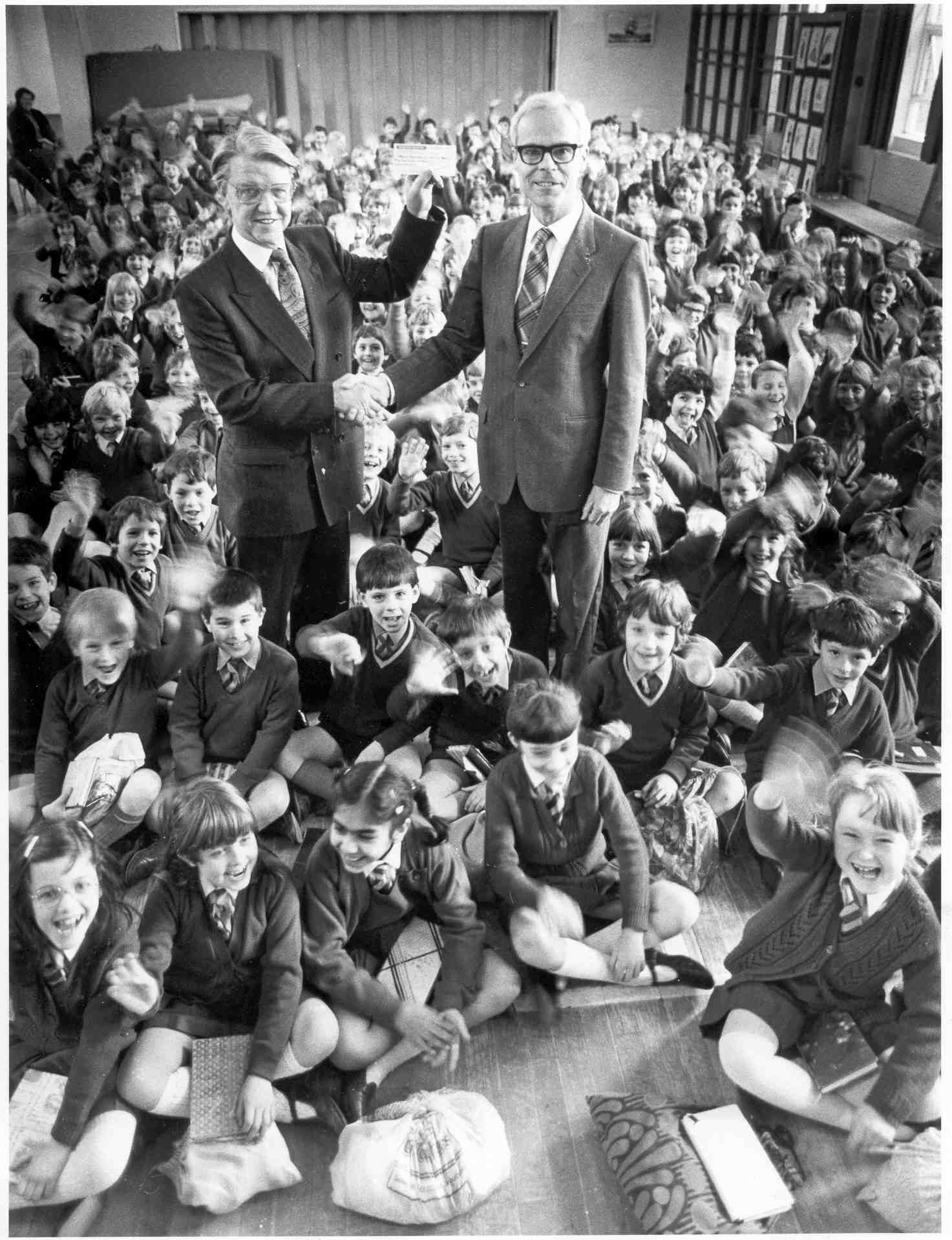