The upper hall was not part of the original building. As the number of pupils had grown, the Local Education Authority decided to divide the school into separate Infant and Junior Schools.
As a result, the Junior School would require its own hall. 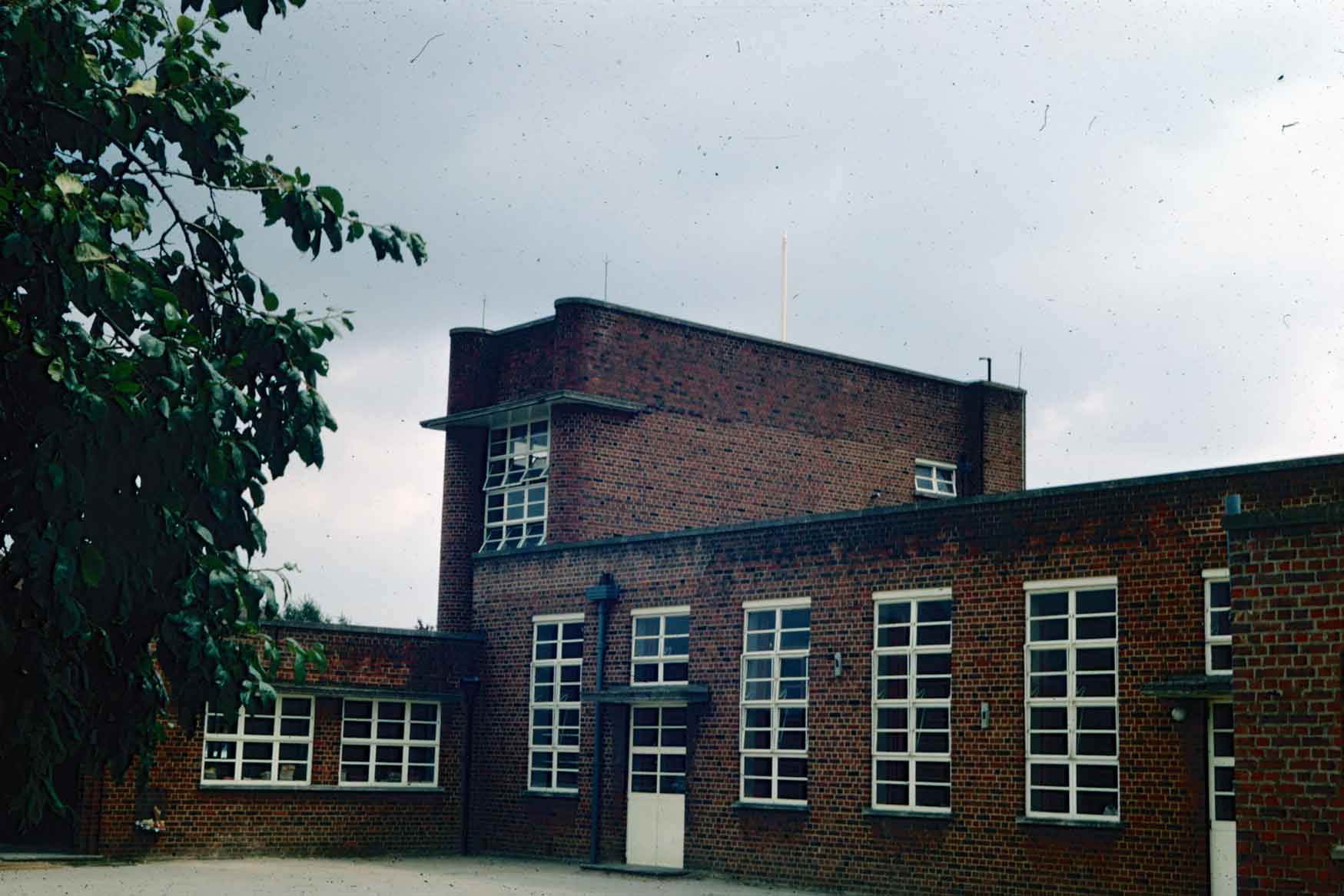 Views of the lower hall taken as slides by Mr Ettling in July 1970, just prior to the commencement of building works.

By May 1971 the main fabric of the extension was in place... 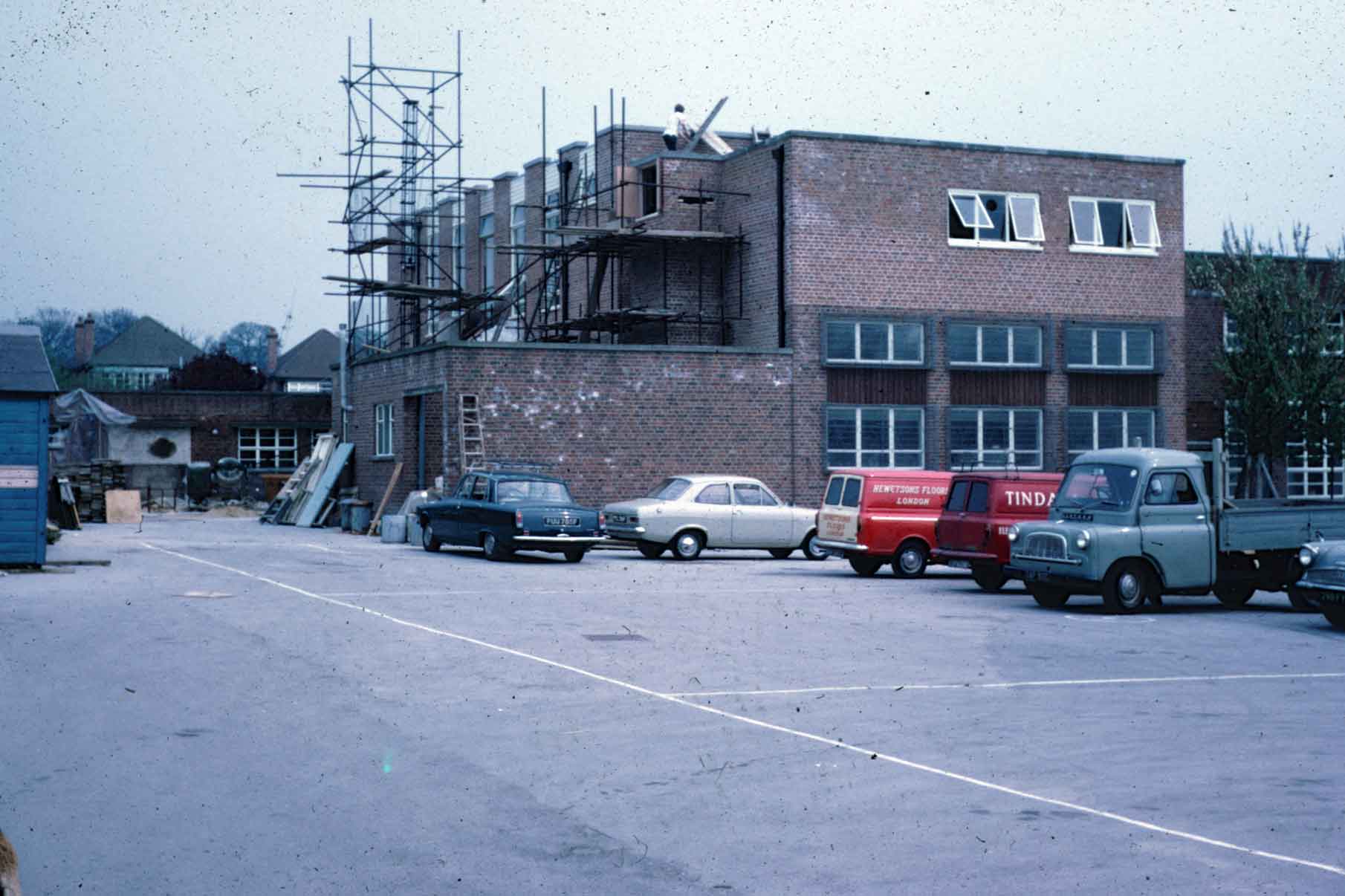 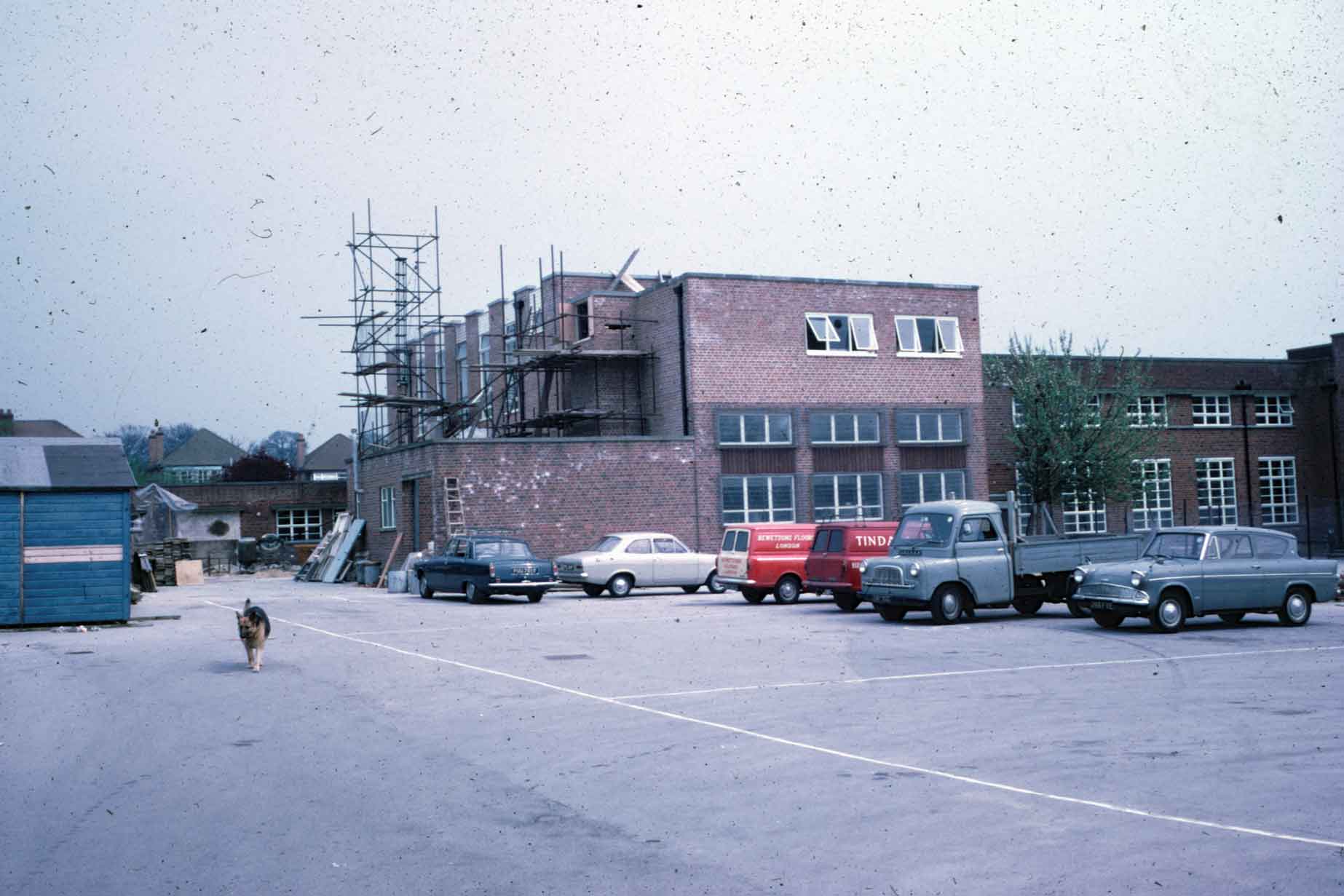 ...the radiators installed and just the flooring to be laid. 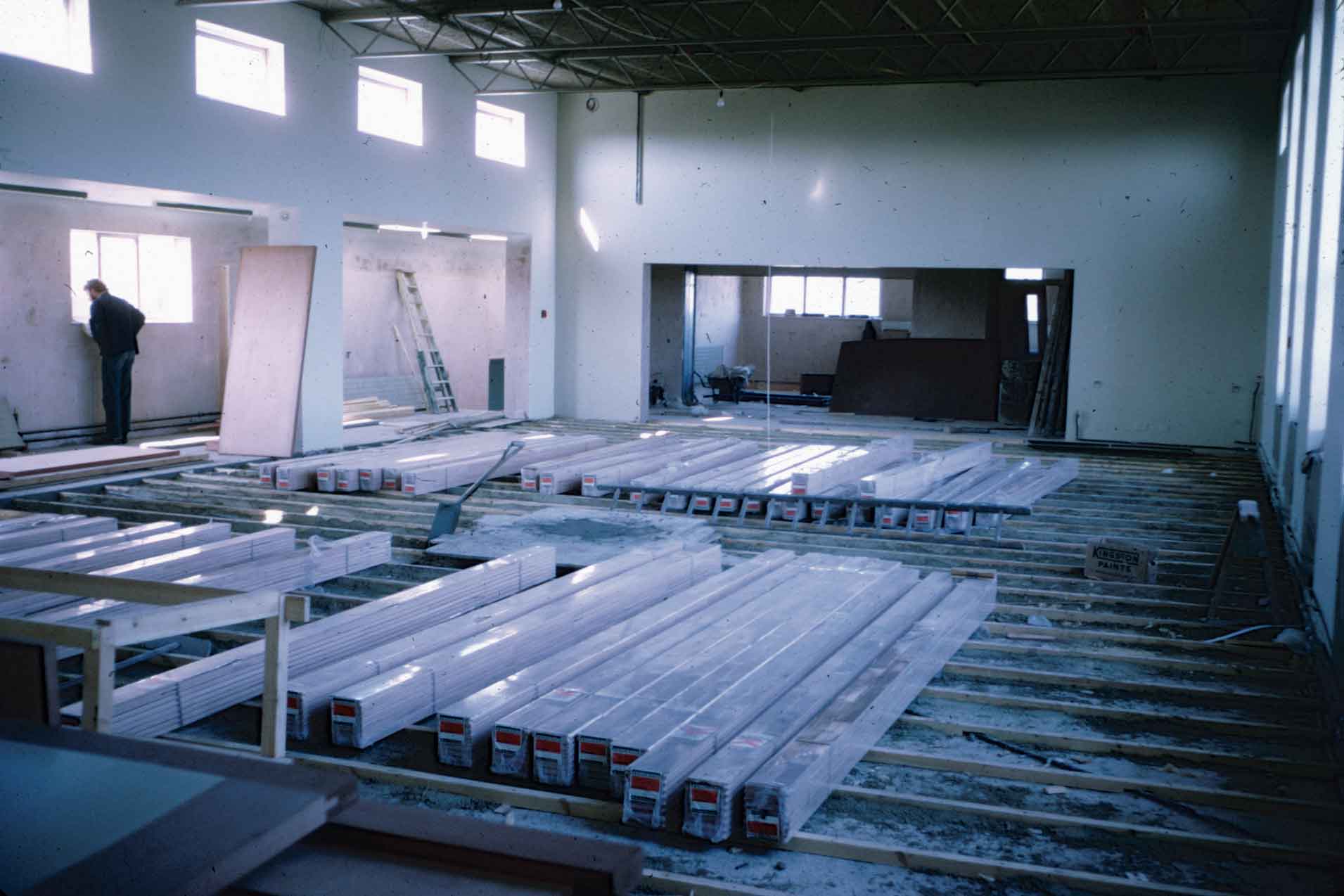