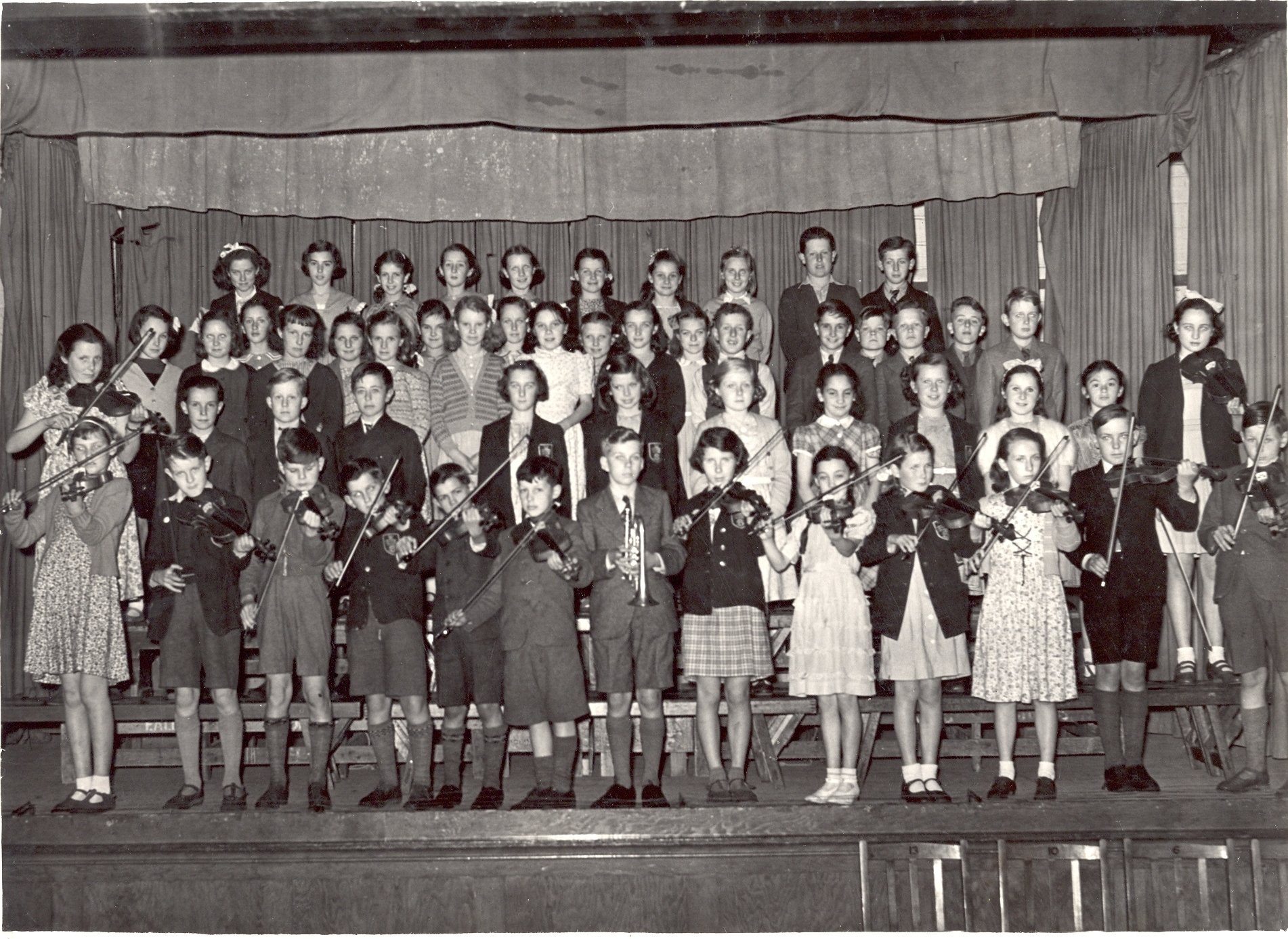 This picture shows Edwin Lee in the centre.
The School Magazine for 1950 has the following text on page 3:
"The Musical Festival this year took place in our own school, on March 28th and 29th, and together with choirs from Harefield and Swakeleys, our Infants and Juniors sang, and played violindas and violins, to appreciative audiences. Edwin Lee, a former pupil, came back to his old school to give two beautifully rendered cornet solos."

This picture may have been taken on one of the two days. Whether the pupils shown are all from Breakspear, or a mixture from the three schools, is uncertain. 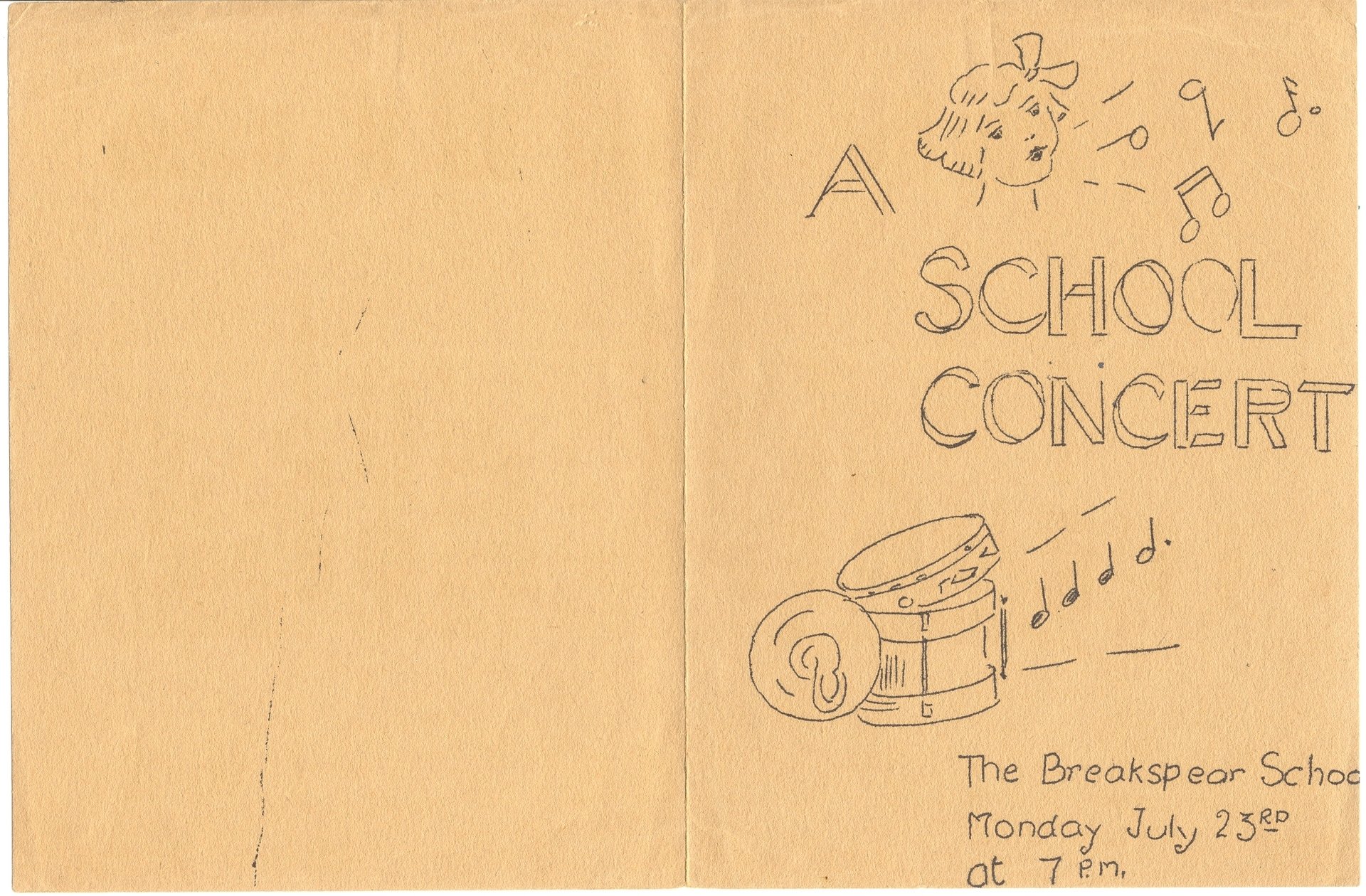 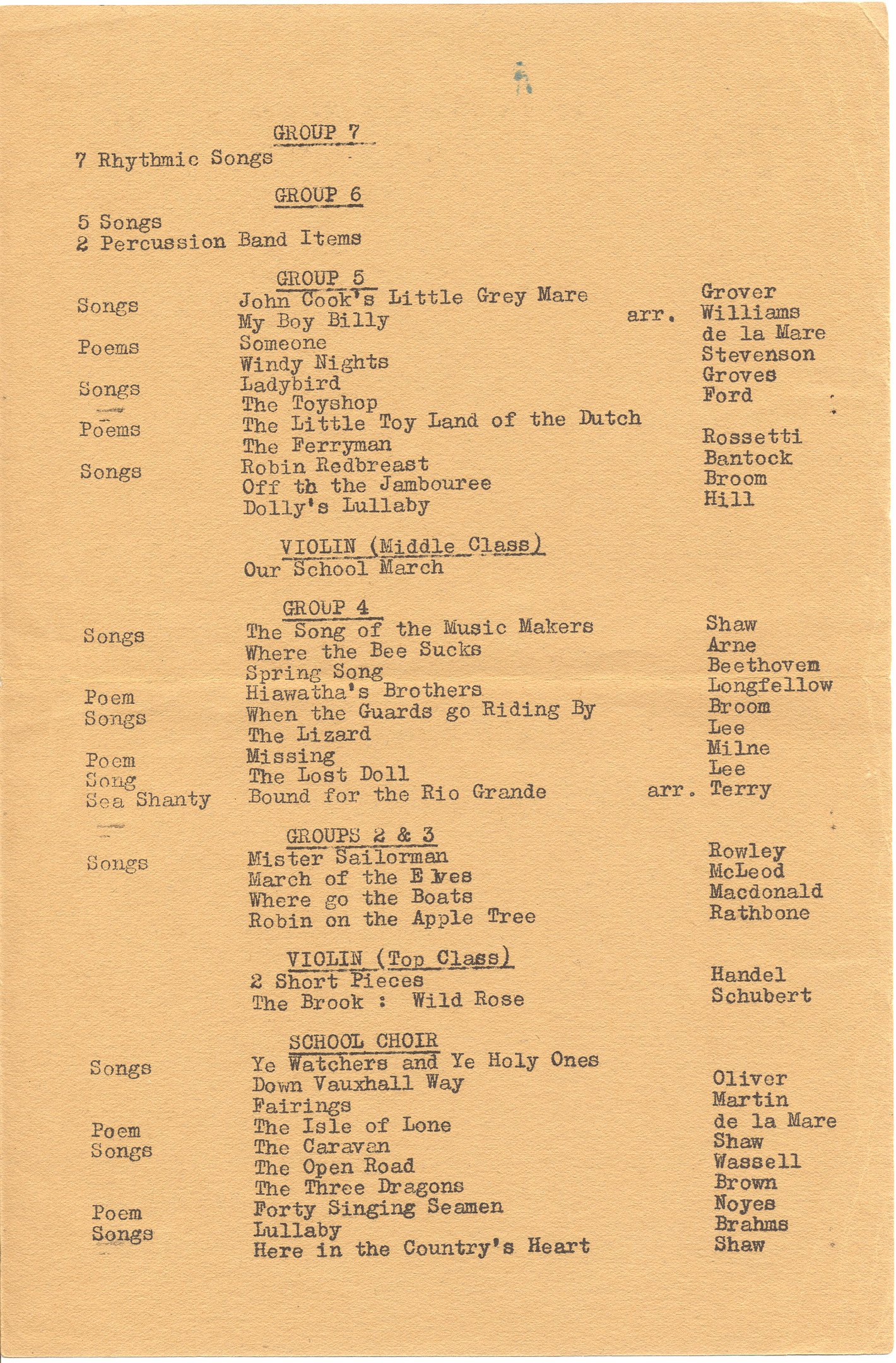