These two pictures probably show the boys' and the girls' rounders teams. At some time the date 1951 was written on the back of each. The photographs were taken on the same occasion on the Infant playground. 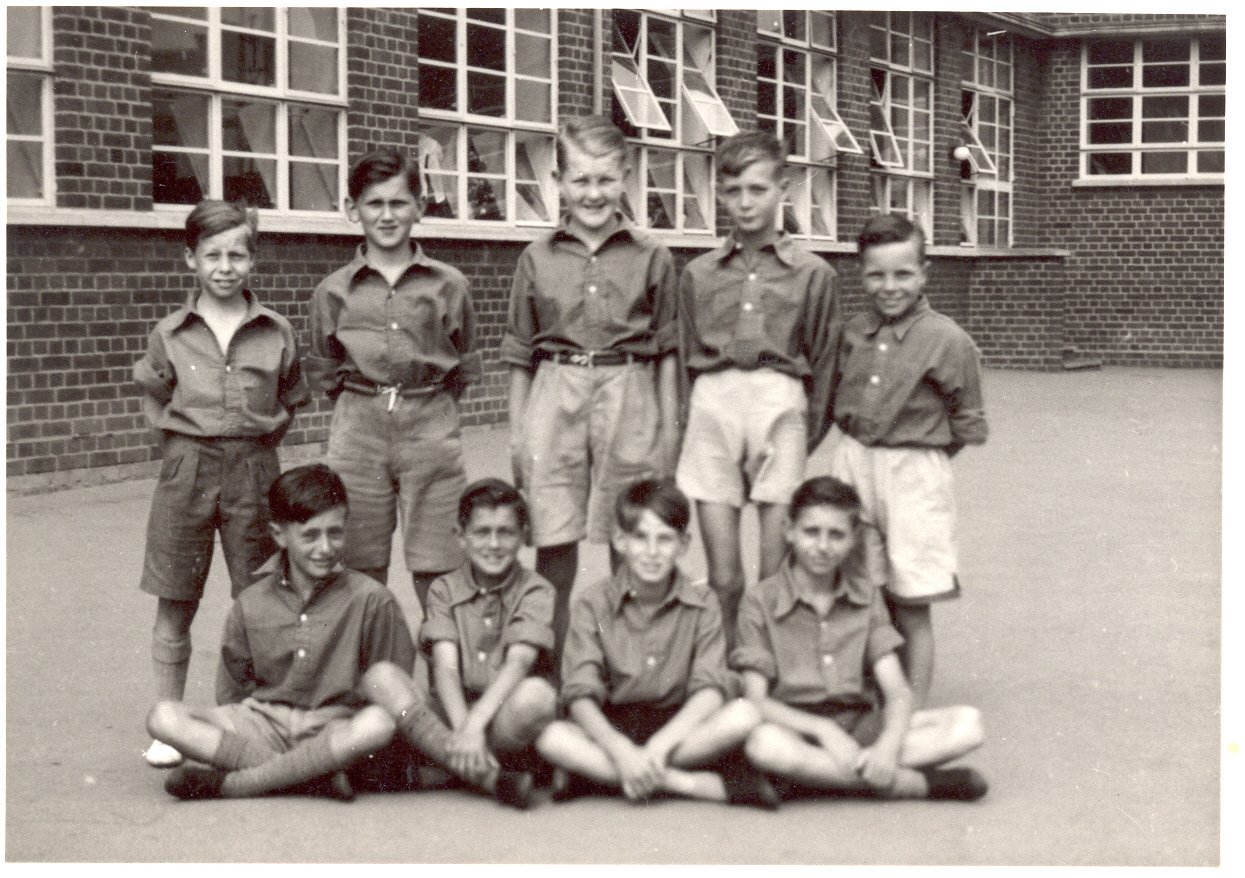 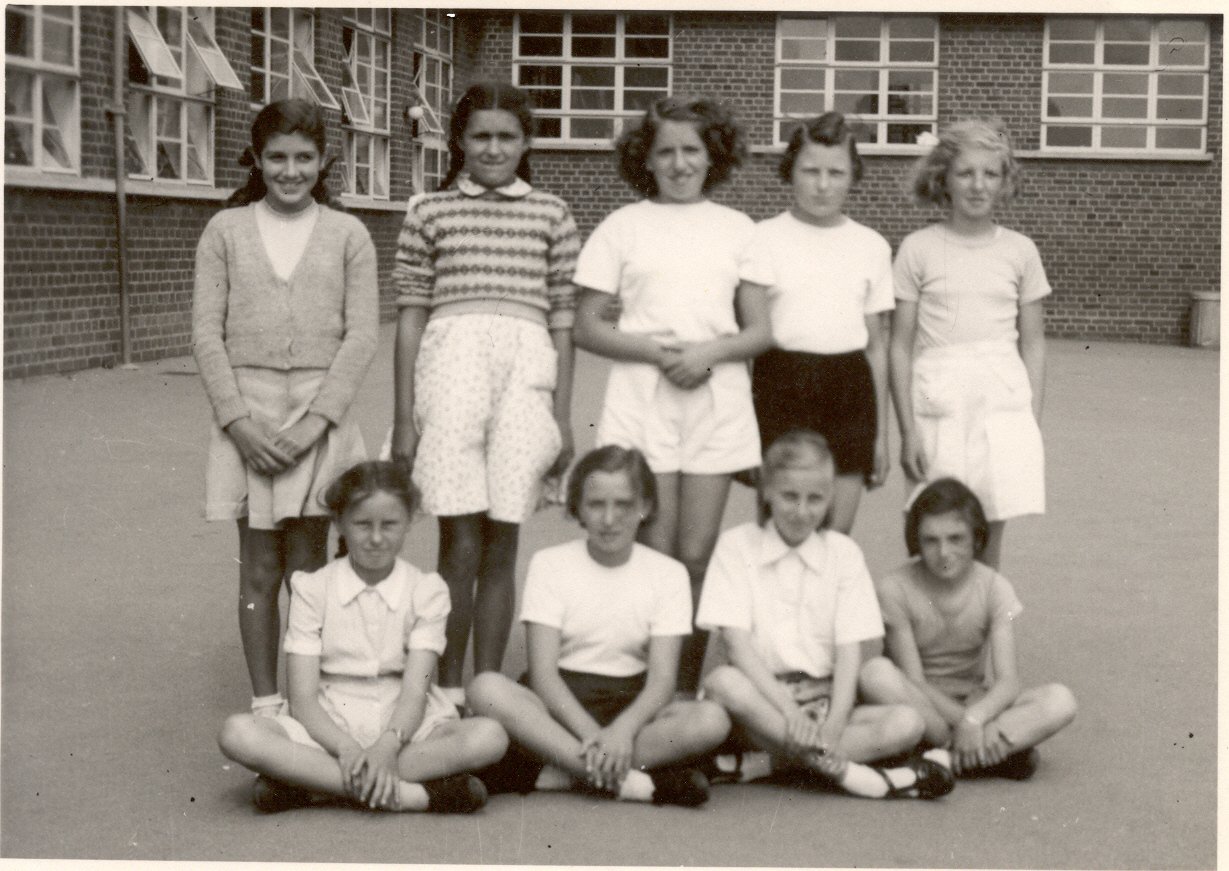 This is probably the school football team, photographed outside the Lower Hall before the building of the kitchen. There is no indication of date in the picture or on the photograph, so may well not date from 1951 - it would appear not to have been taken at the same time as the photographs of the rounders teams. Further information would be gratefully received! 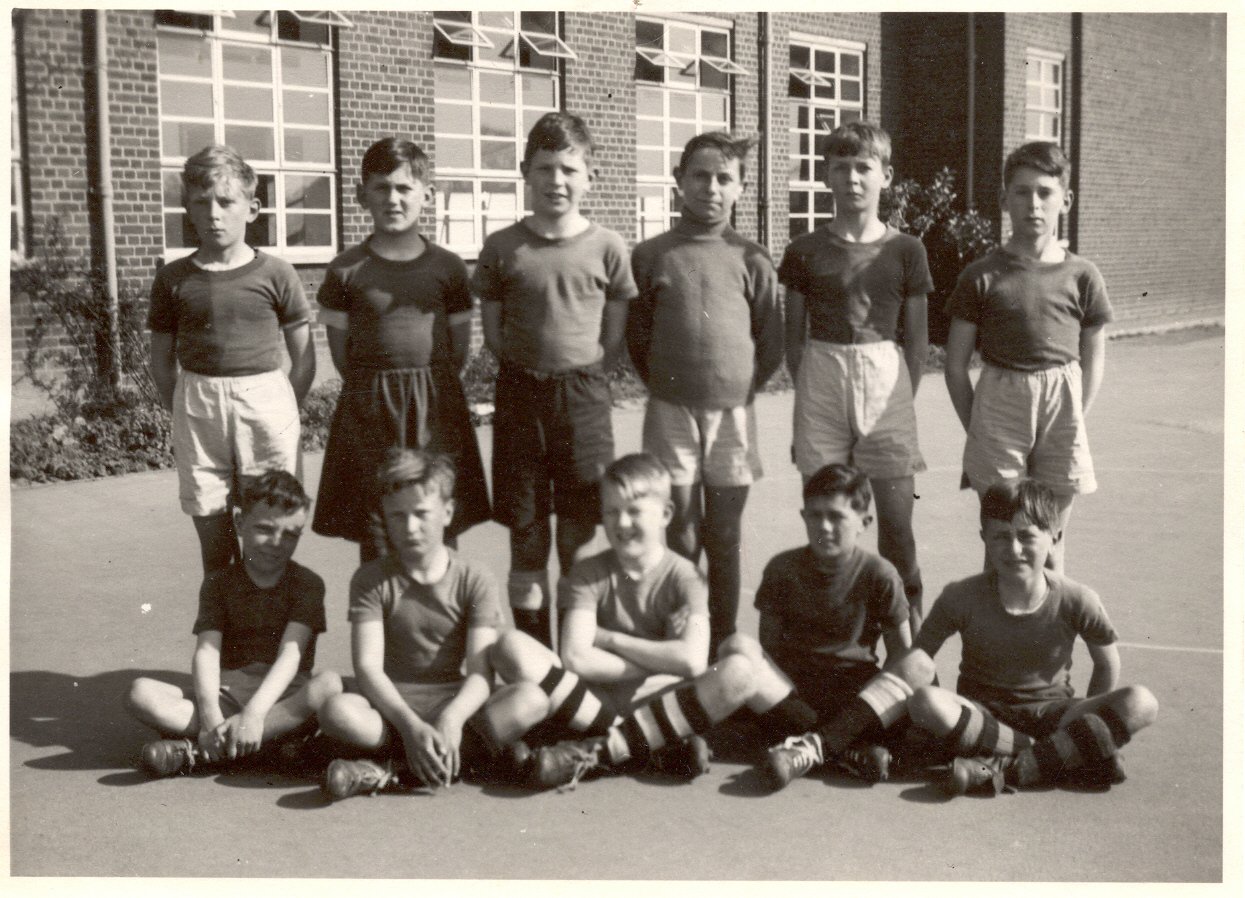