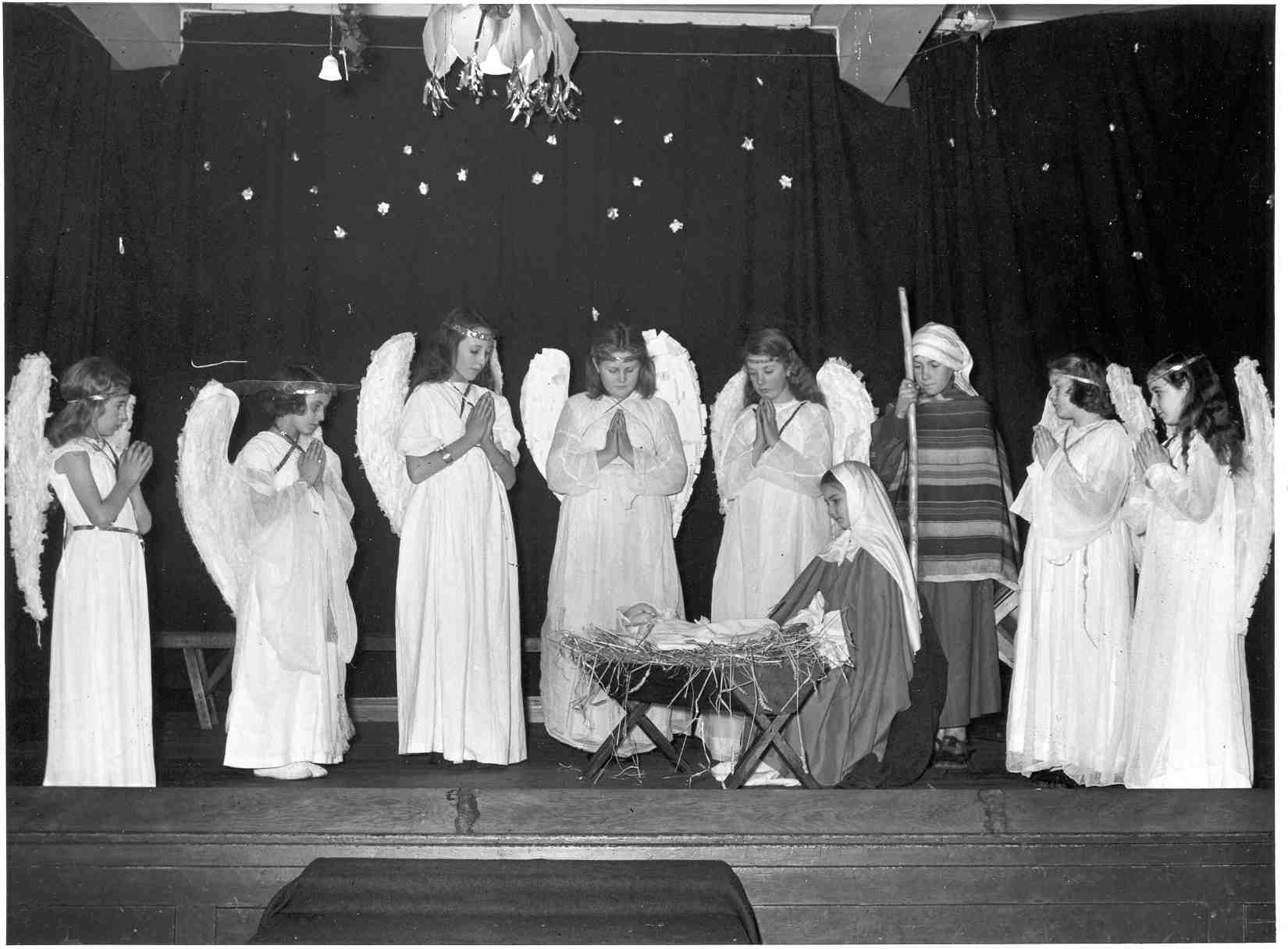 That this Nativity Play may date from 1952 is estimated from the Gazette photograph reference number on the back.
The Gazette did carry a picture of the 1952 Nativity play, but this photograph is not in the Breakspear collection.

'No they're not members of the Ku Klux Klan - they are the modernized monks of Breakspear school, Ickenham. Robert and Gordon Mott and John Beck appeared in the school's pageant with the latest line in candles. The candles, made by one of the masters, were broomsticks with electric bulbs and batteries. The boys said they wanted something more up to date than old fashioned candles.'
[Gazette, 26 December 1952] 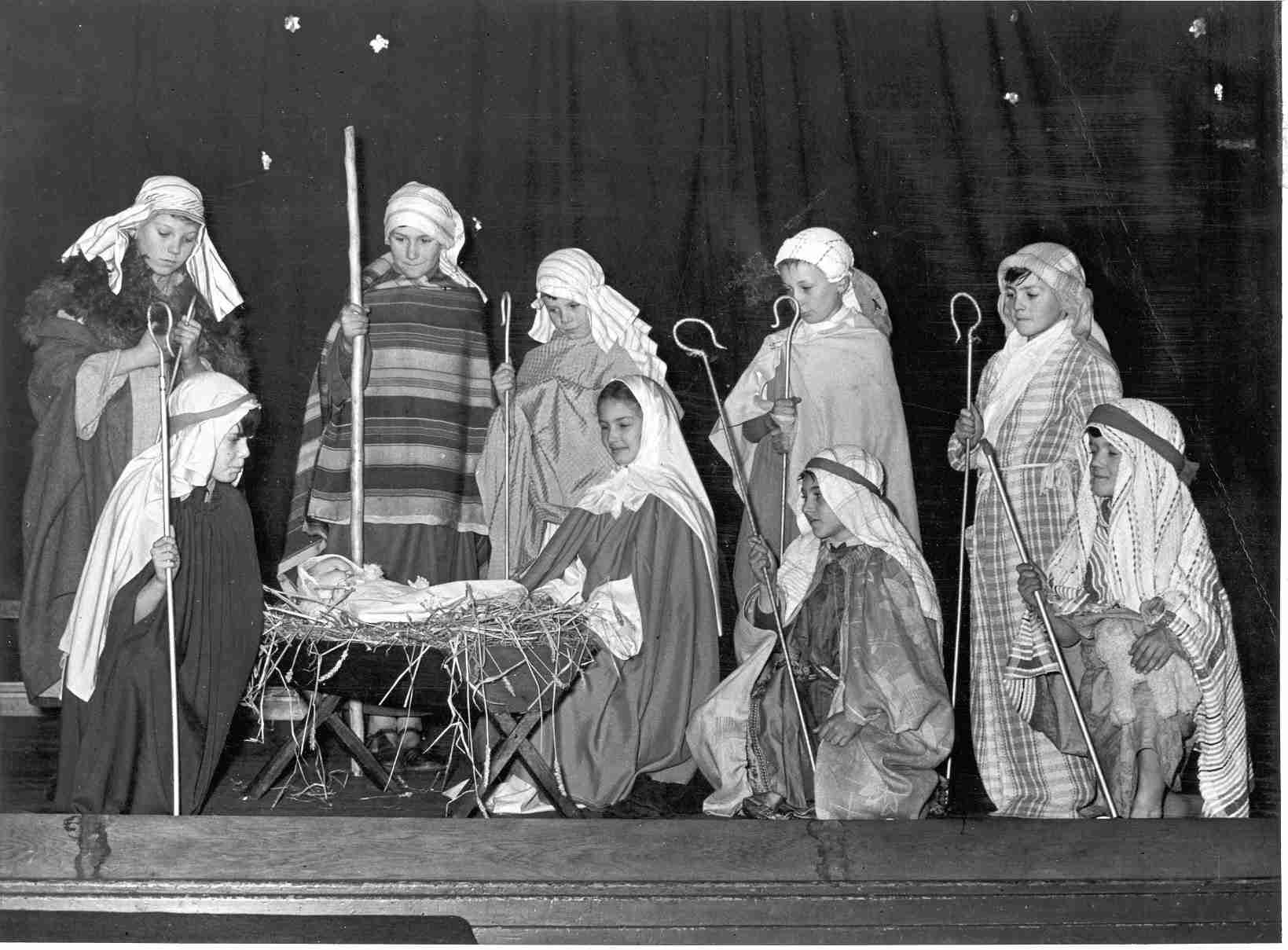 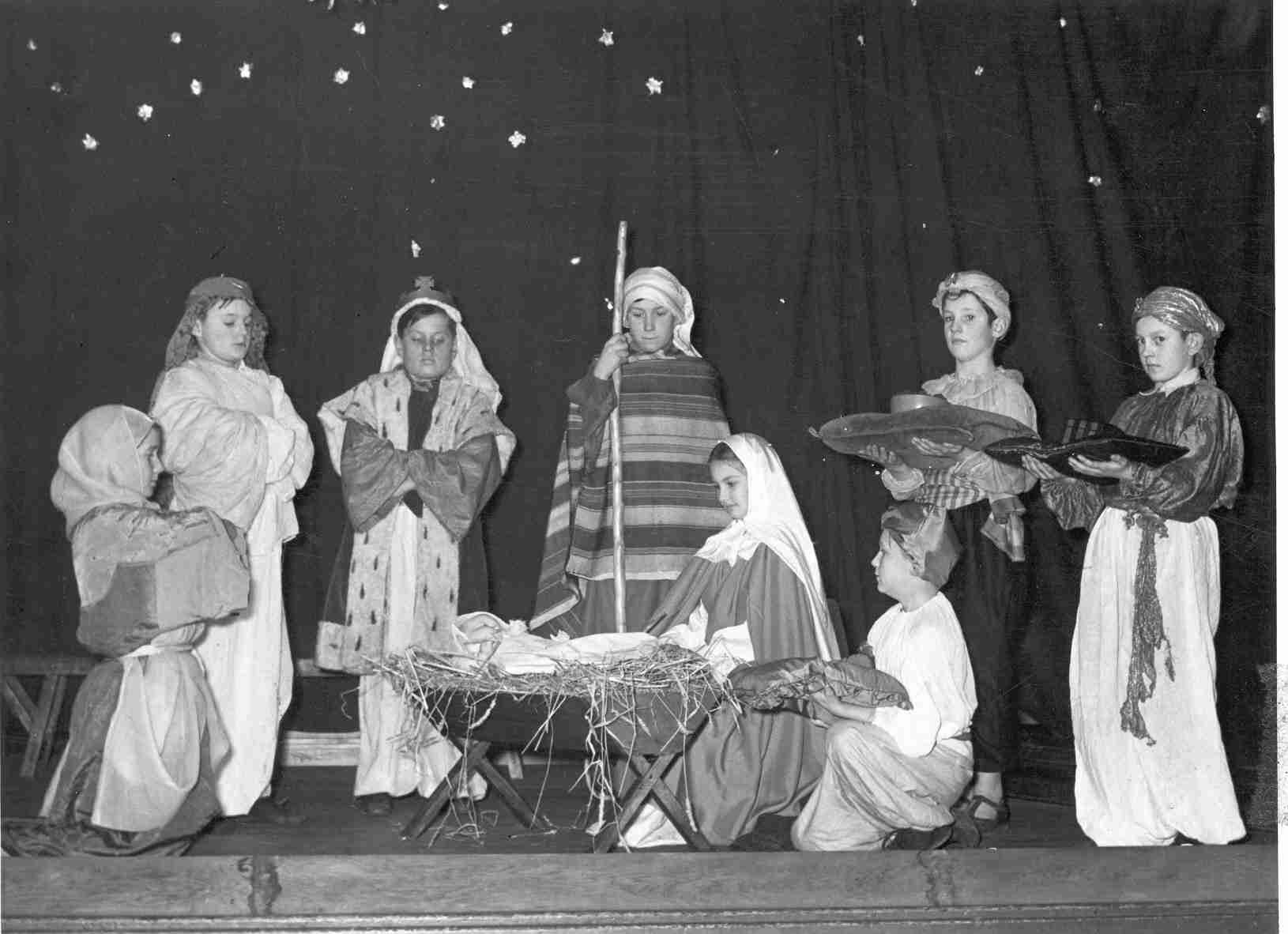 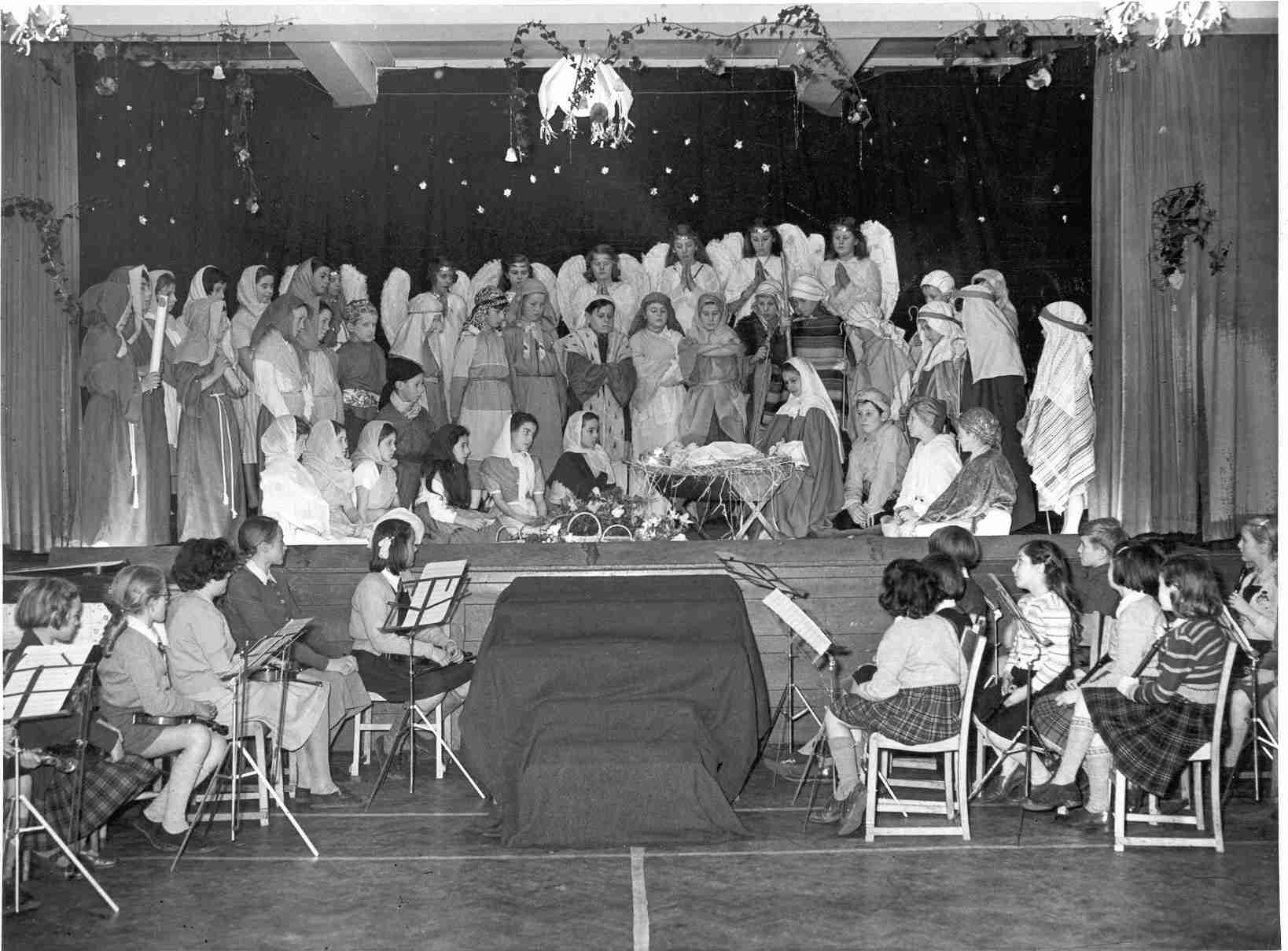