The photograph on the left appeared in the Gazette of Friday 24 July 1953 with the following caption:-
"Lady Wolstan Dixie prepares to judge the fancy dress competition at Breakspear School fete on Saturday. With Lady Dixie are Sir Wolstan Dixie, and Mr. F. Williams." 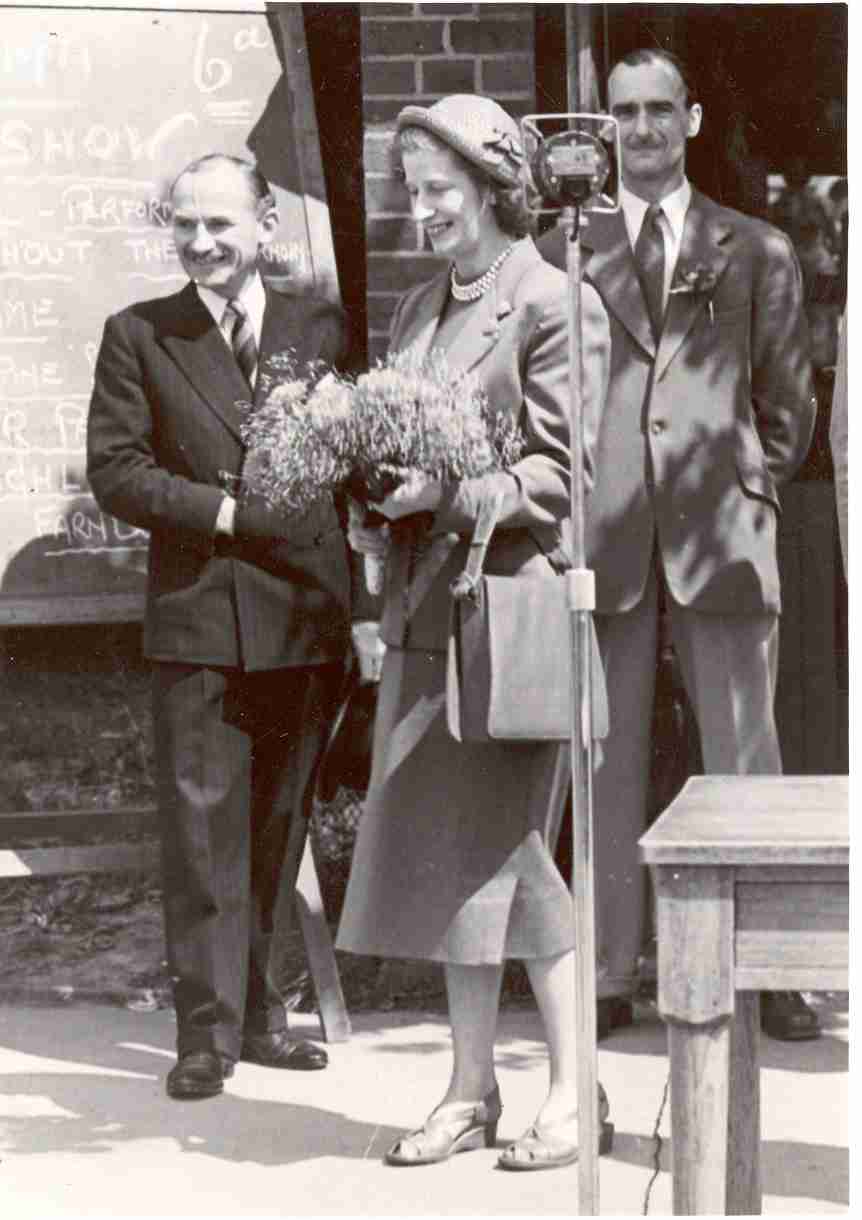 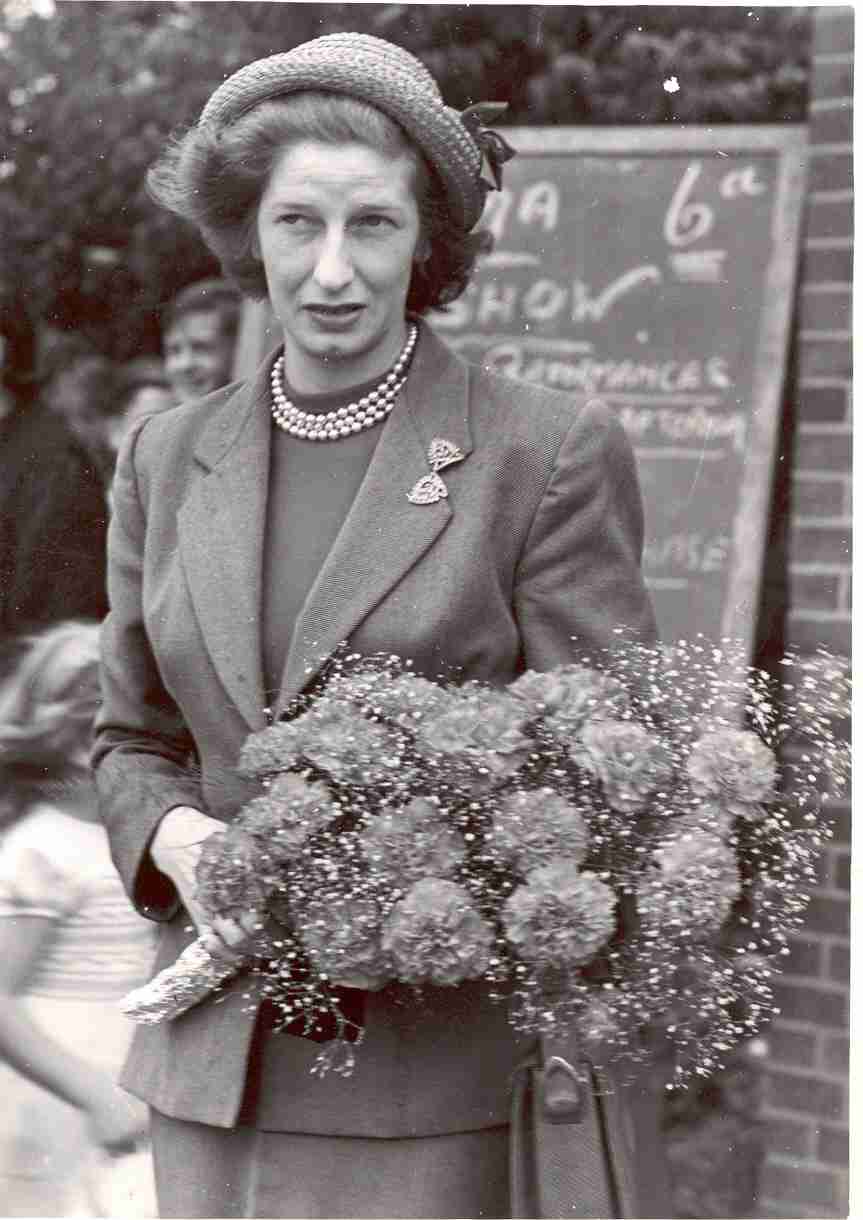 The photograph immediately below appeared in the Gazette of Friday 24 July 1953 with the following caption:-

Breakspear School girls in the demonstration of country dances at the school fete on Saturday.

The Gazette also reported on the fete in the following article:-

These things are not supplied to primary schools by the education authorities, so Breakspear School teachers, children and their parents held a fete on Saturday to raise the money needed. There target was £100. Their net results was £150.

"It's the first time we have ever tried anything like this," remarked fete organizer Mr. A.H.Cheslyn on Saturday. "I contacted people who helped to find sideshows and equipment, and also people to give prizes and things for the stalls."

The fete was opened by Lady Wolstan Dixie, of Ickenham Manor, who was introduced by the headmaster, Mr. F. Ward. Earlier the 150 competitors in the fancy dress parade had marched to the school from the Village Pump, headed by the band of the 14F (Uxbridge) Squadron A.T.C.

There were several up-to-date entries including R.S.M. Kelly, of "I'll clean up Nesscliff" fame, and the parade was led by a "Royal" party including a herald, Queen and Beefeater.

The Everest expedition was represented by eight-year-old Barry Saich, carrying full mountaineering equipment including a genuine ice-axe, with a cork on the spike to prevent accidents. Barry's outfit was made in a few minutes the night before the competition, but won him the prize for the most original boy's costume.

Joan Garnett won the prize for the most original girl's costume as "provisions." Angela Garnham (Queen of Hearts) and Richard Bourne (Beefeater) won prizes for the most decorative costumes, and Geoffrey Shew for the best decorated bicycle.

There was a full afternoon's programme including demonstrations by the children of Maypole and peasant dances, Morris and sword dances, physical training and country dances.

Pupils of Group 2, the ten-year-olds, presented a play called "The Secret Pedlar," and there was a continuous film performance in the school hall.

Heavy showers interrupted the outdoor activities, but they were resumed quickly after each downpour.

The school quadrangle was used as a tea garden, and refreshments were served throughout the afternoon and evening, when there was an informal dance for parents. Mr. and Mrs. A.C. Green were host and hostess.

By Monday morning all traces of the fete had gone from the field - except for a few scraps of paper and one huge lump of coal (1½ cwt.) from a "guess the weight" competition, which was still awaiting transport to the winner's home. 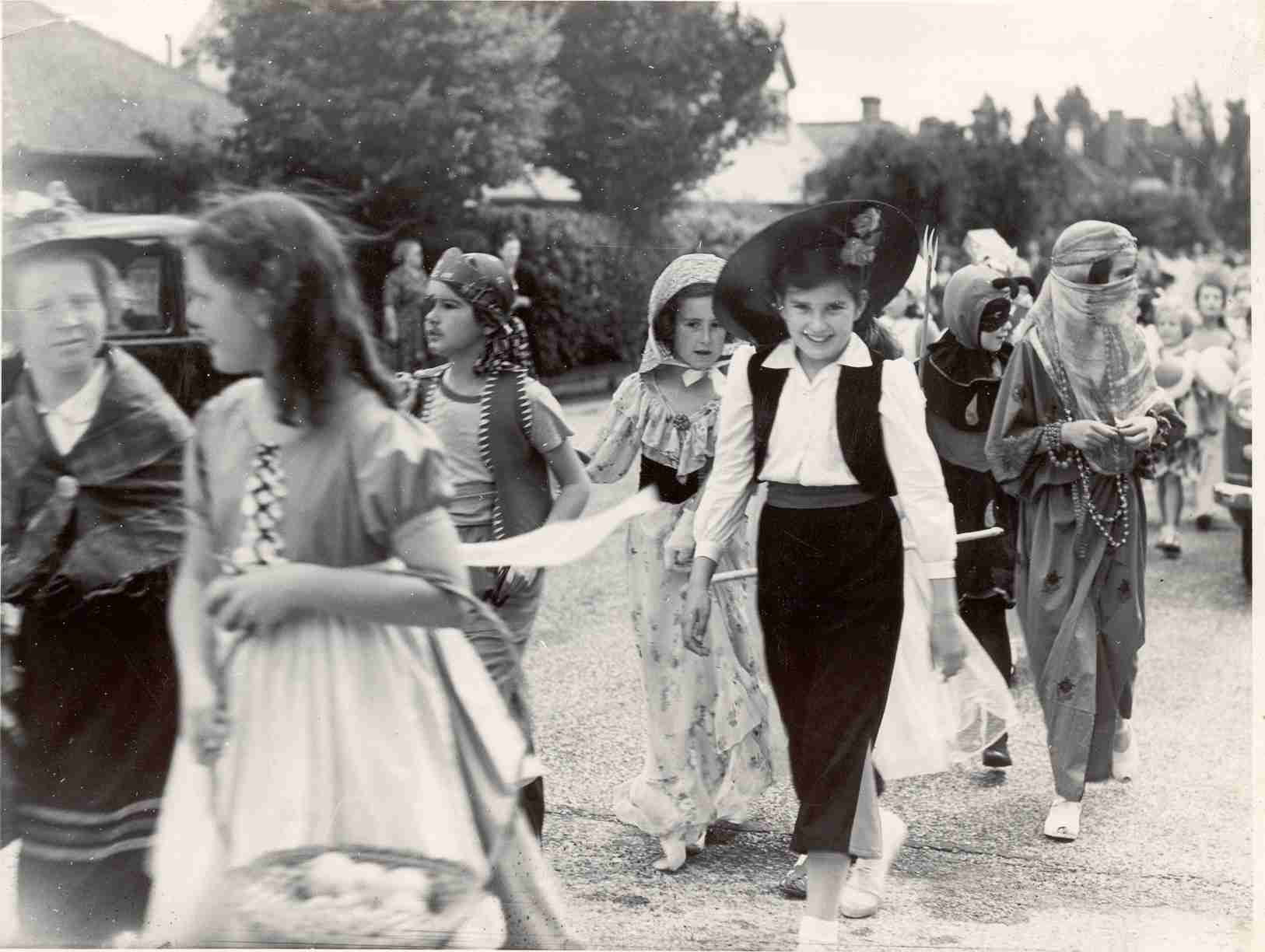 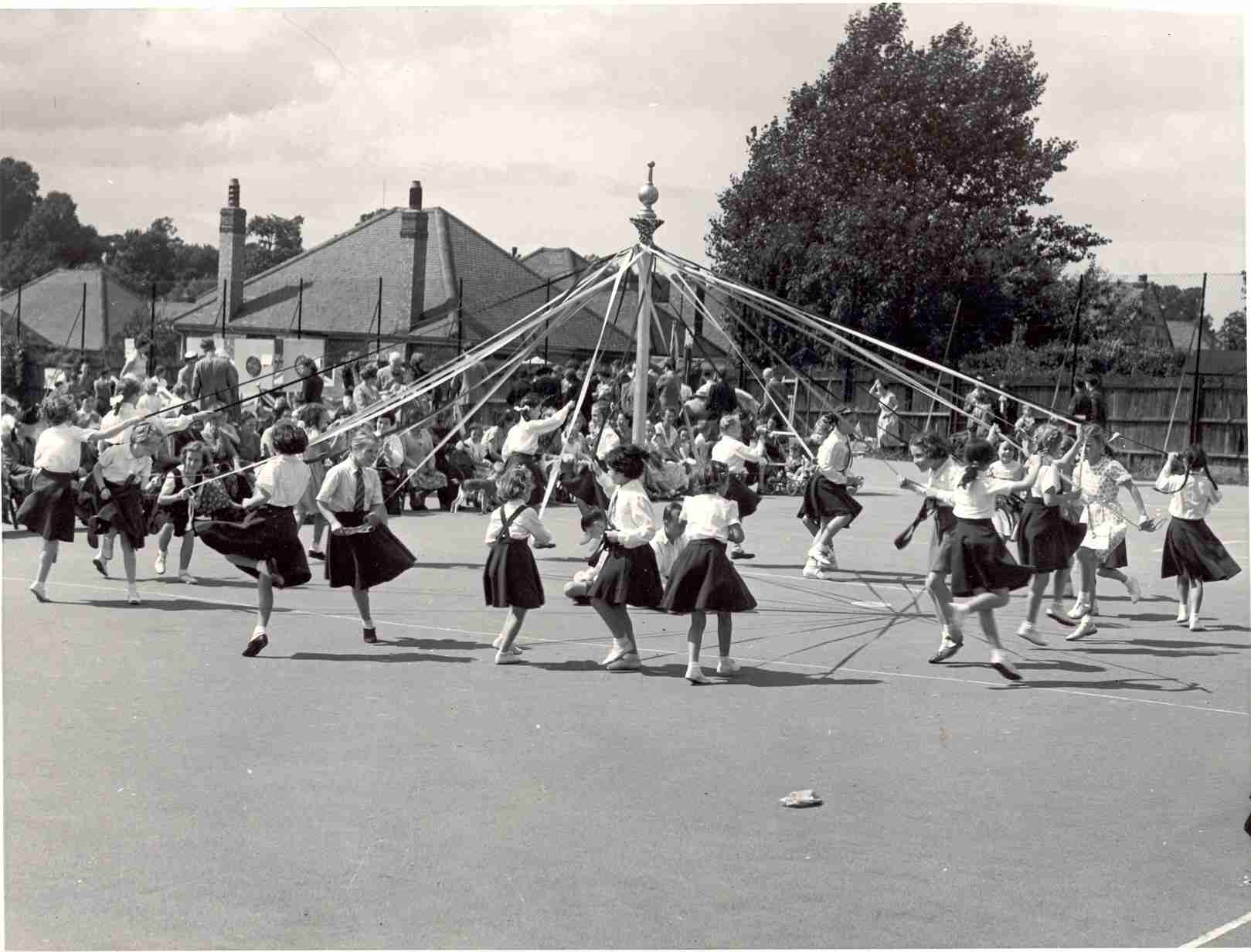 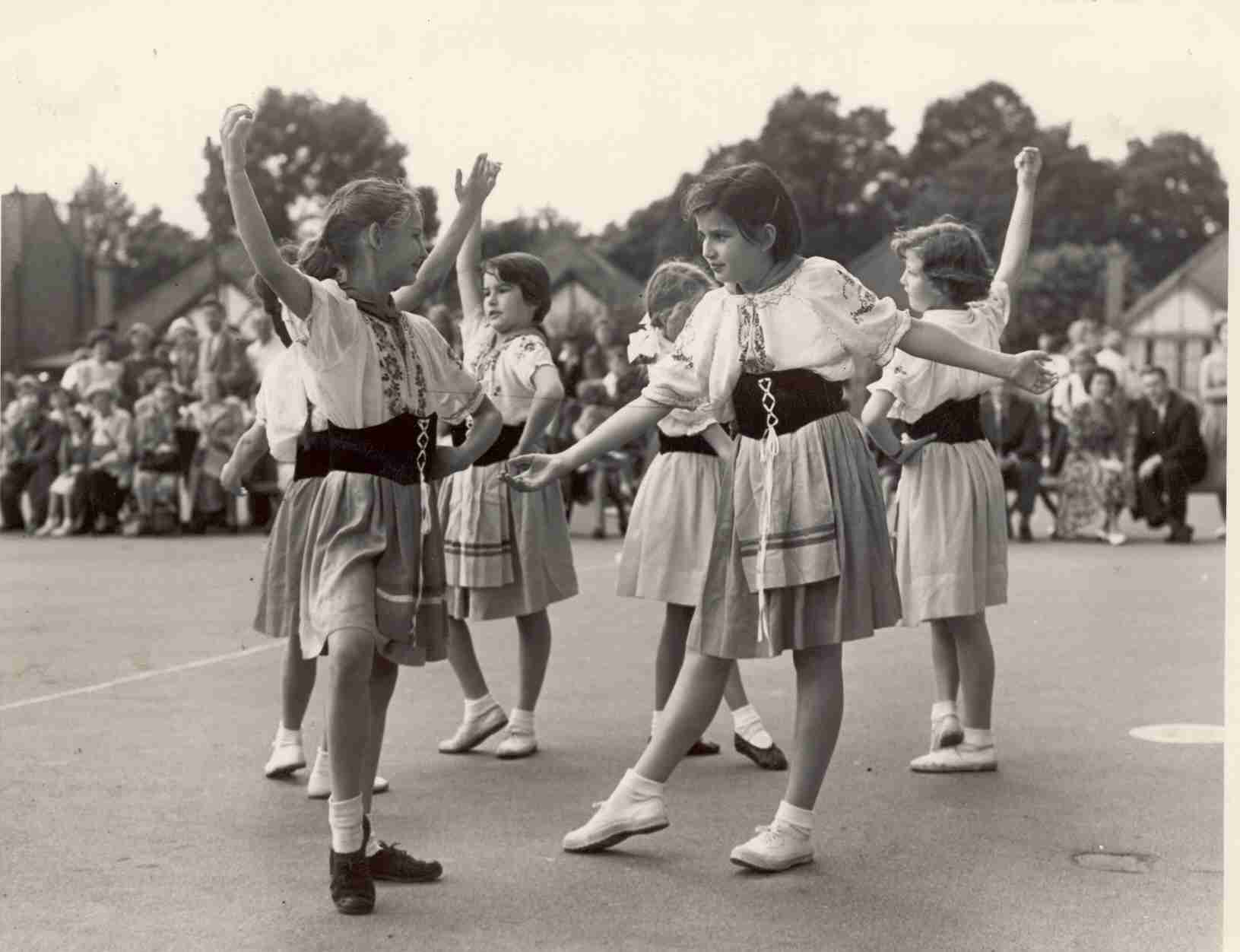 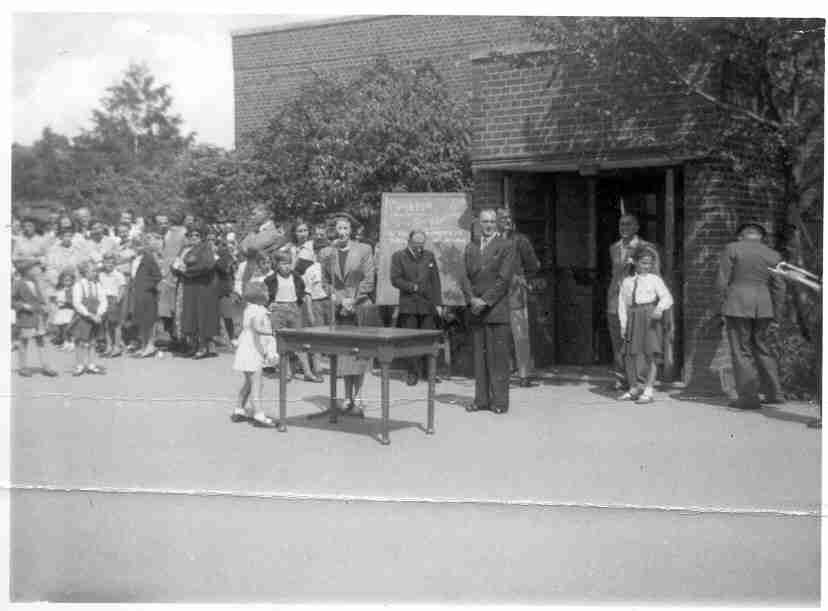 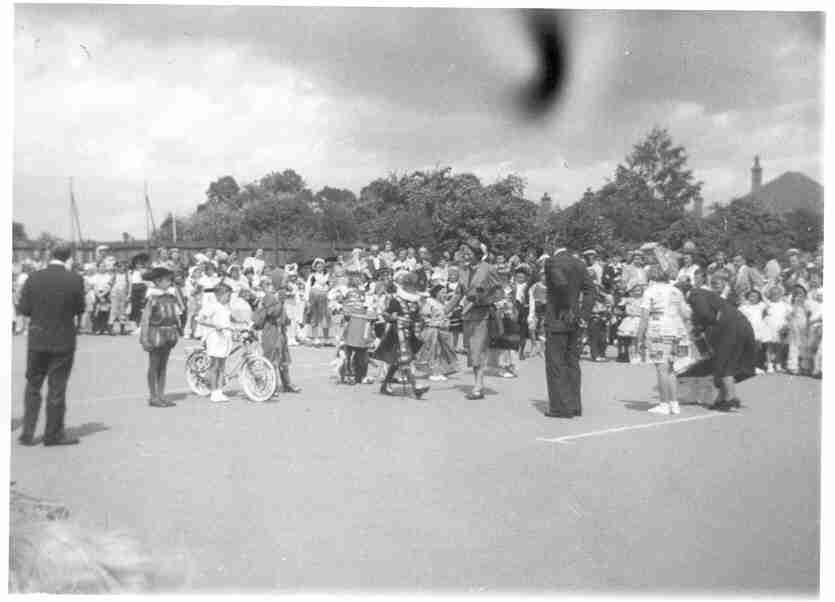