The two pictures below are labelled 1955 on the back, but the Gazette serial number suggests 1954. The pictures are not identified as 'Open Day' but this seems a suitable occasion for the Maypole dancing. 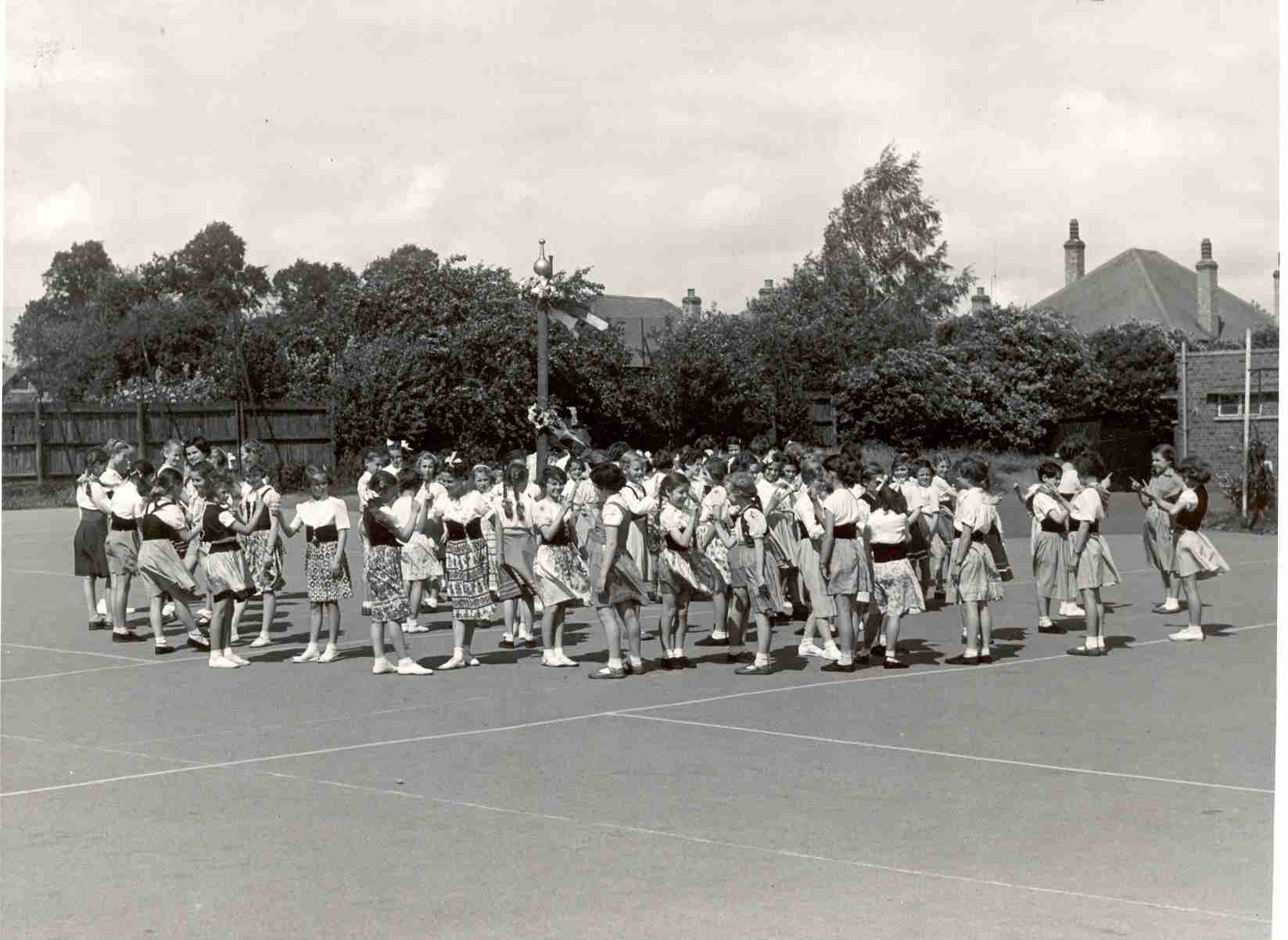 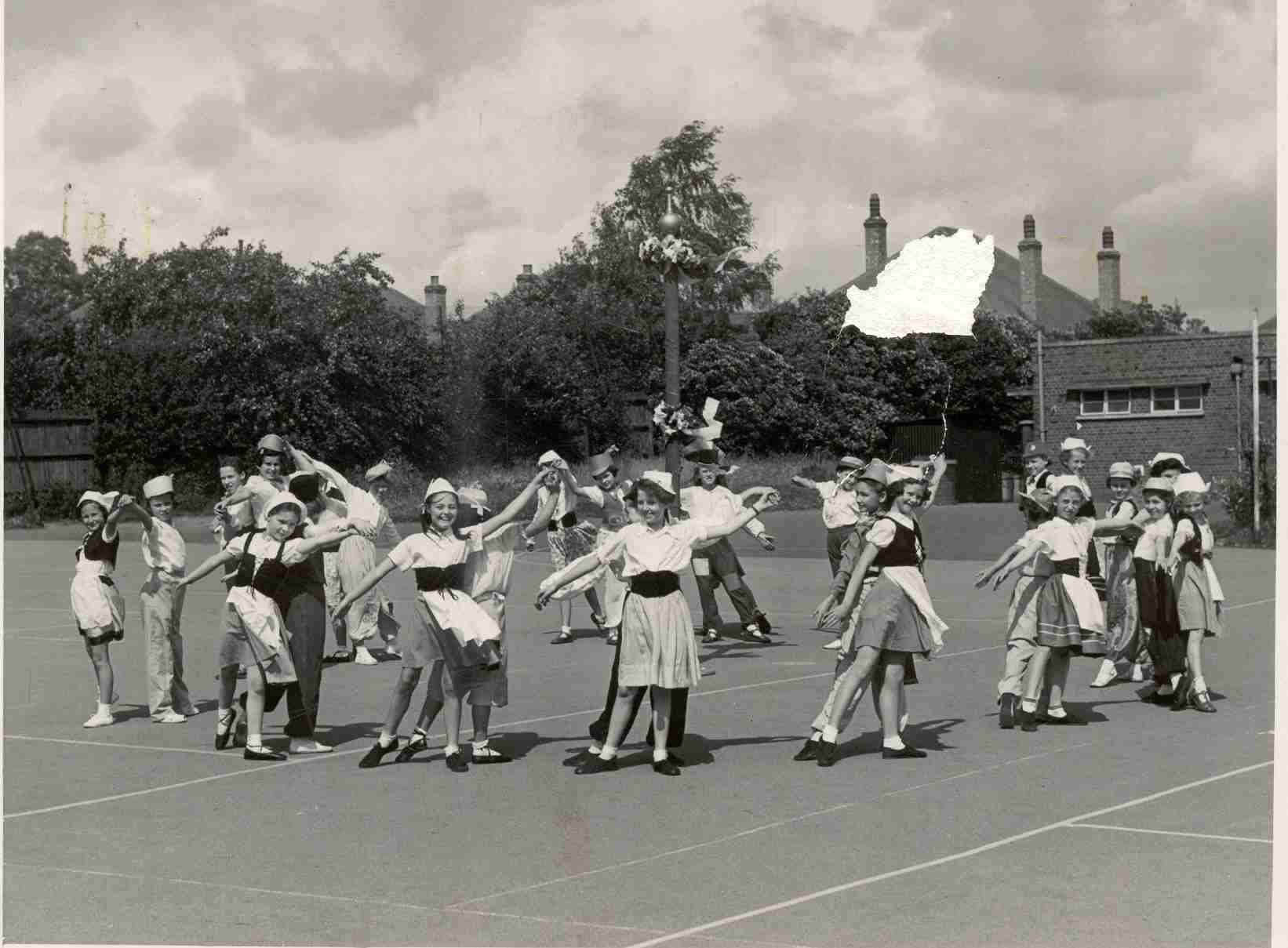 These photographs below are labelled 'Masque of the Shoe' - a 1917 children's operetta by Thomas F. Dunhill.  They also have the date 1955.  However, from the Gazette serial number they would appear to have been taken at the same time as the photographs above.
We have been unable to see a copy of the 'Masque of the Shoe', but it would appear to have been based on nursery rhymes ('The old woman who lived in a shoe', 'Little Bo Peep', Mary Mary', etc.) 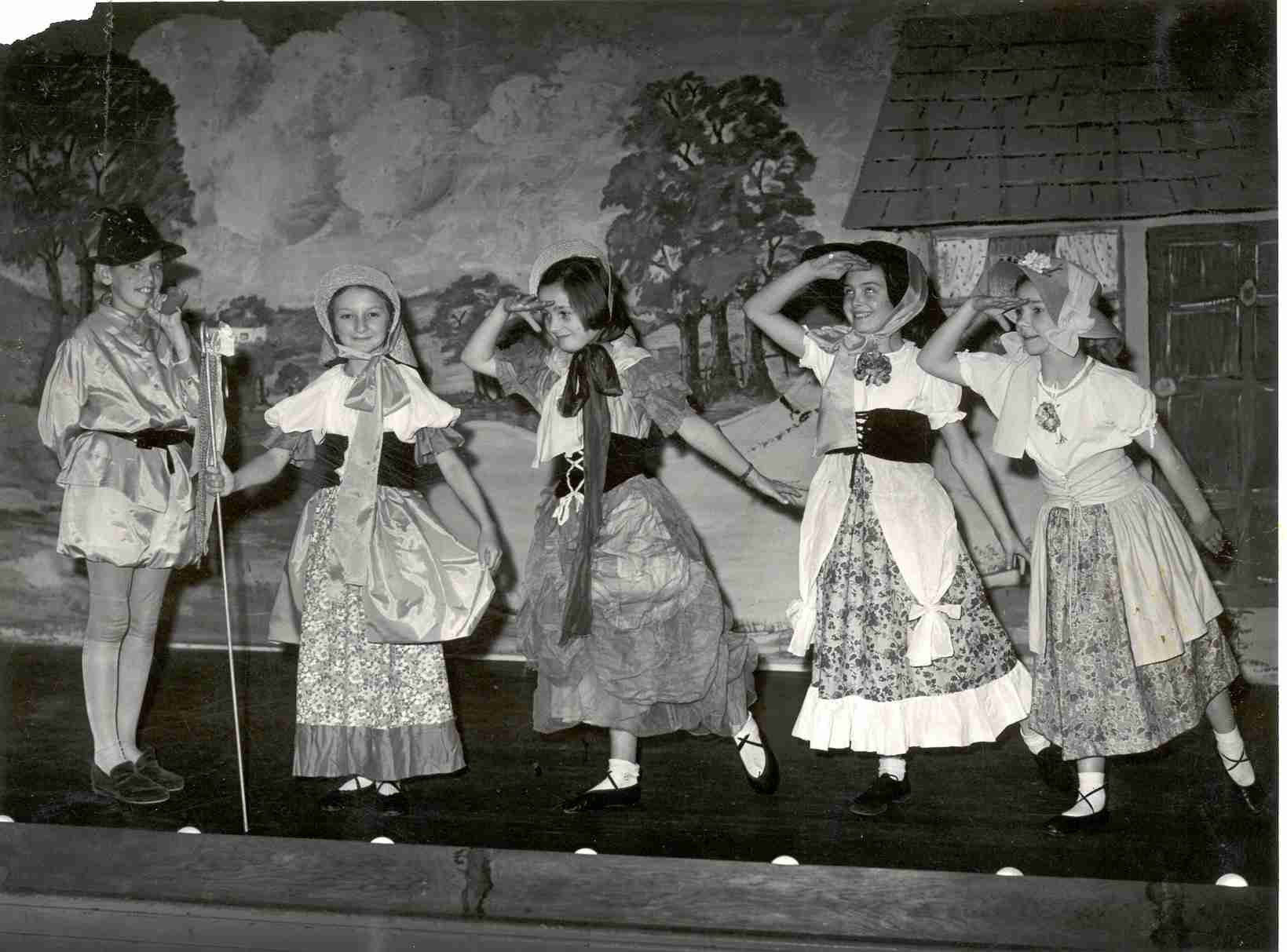 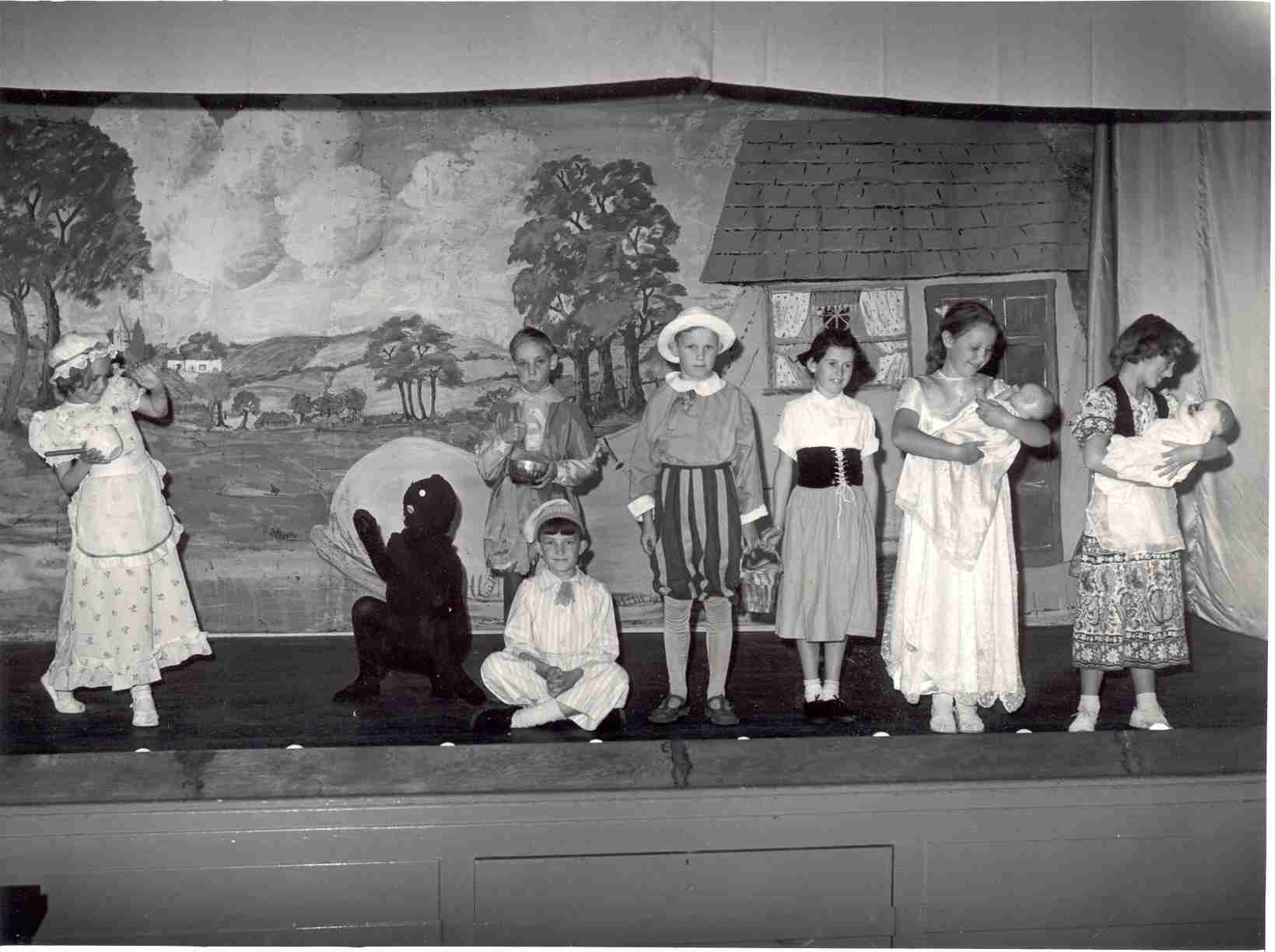 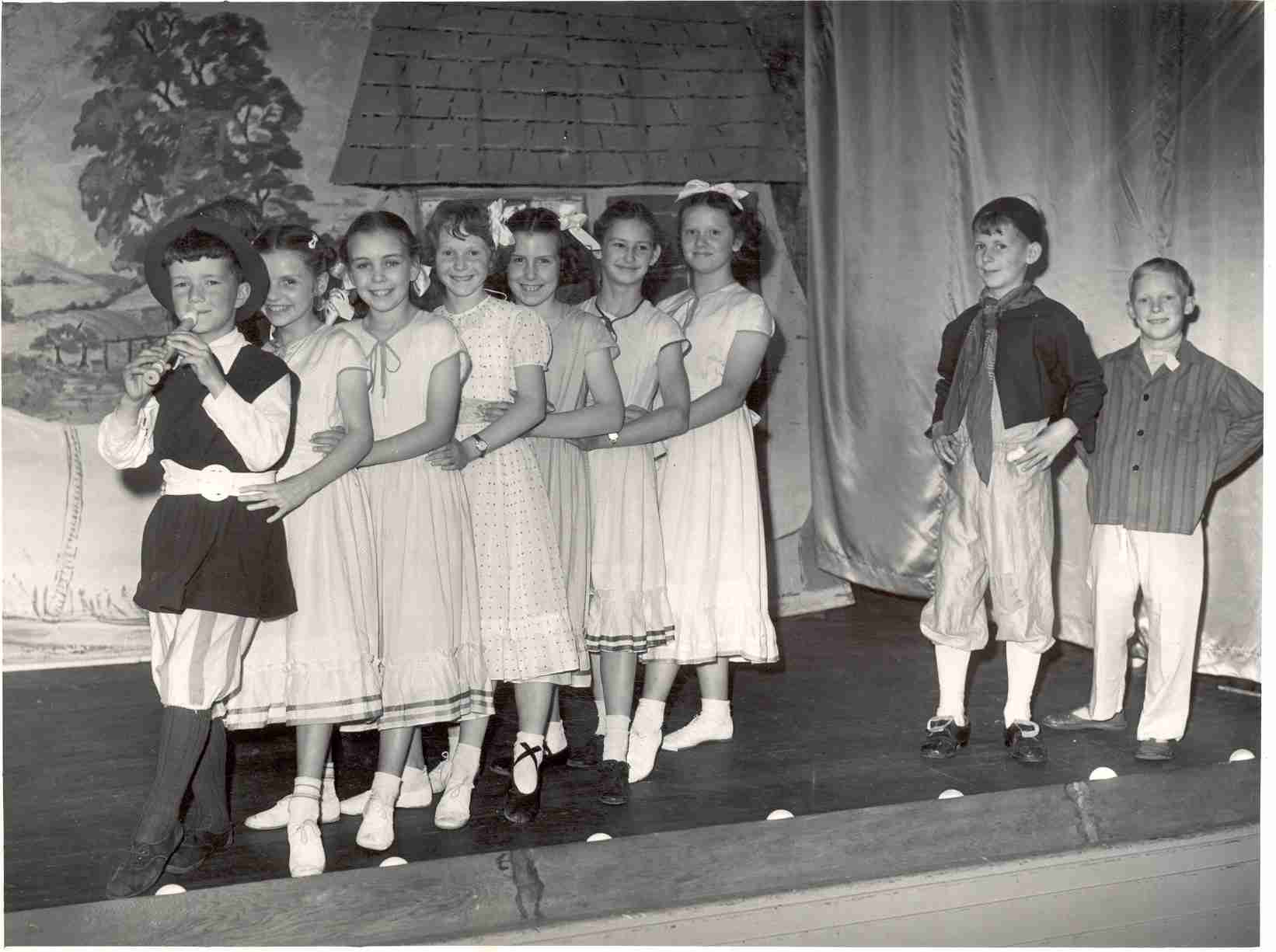 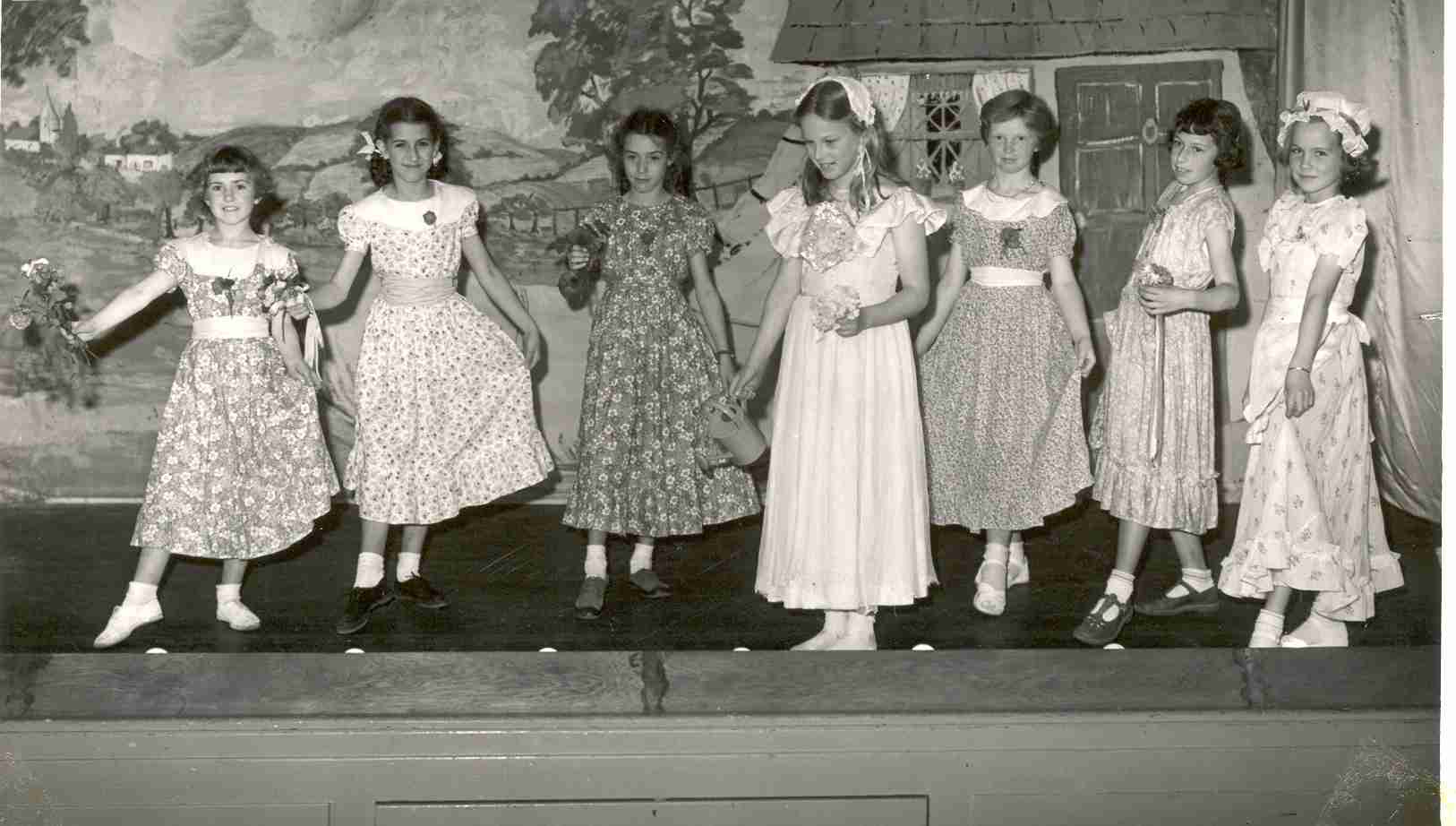 The Gazette of 16 April 1954 carried a picture of a production of 'Little Gipsy Gay'.  This showed what appears to be the same set but with a gypsy caravan on the right.  It would appear that the same background is employed here with the caravan hidden by the 'shoe house'.  Two photographs from this April performance of 'Little Gypsy Gay' have recently come to light. 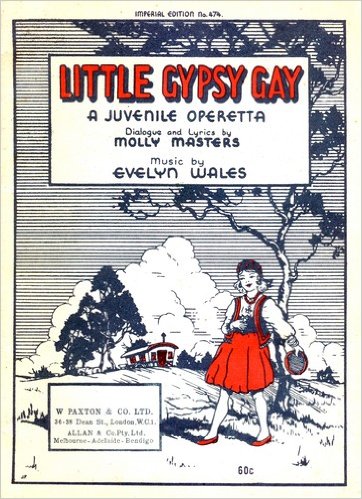 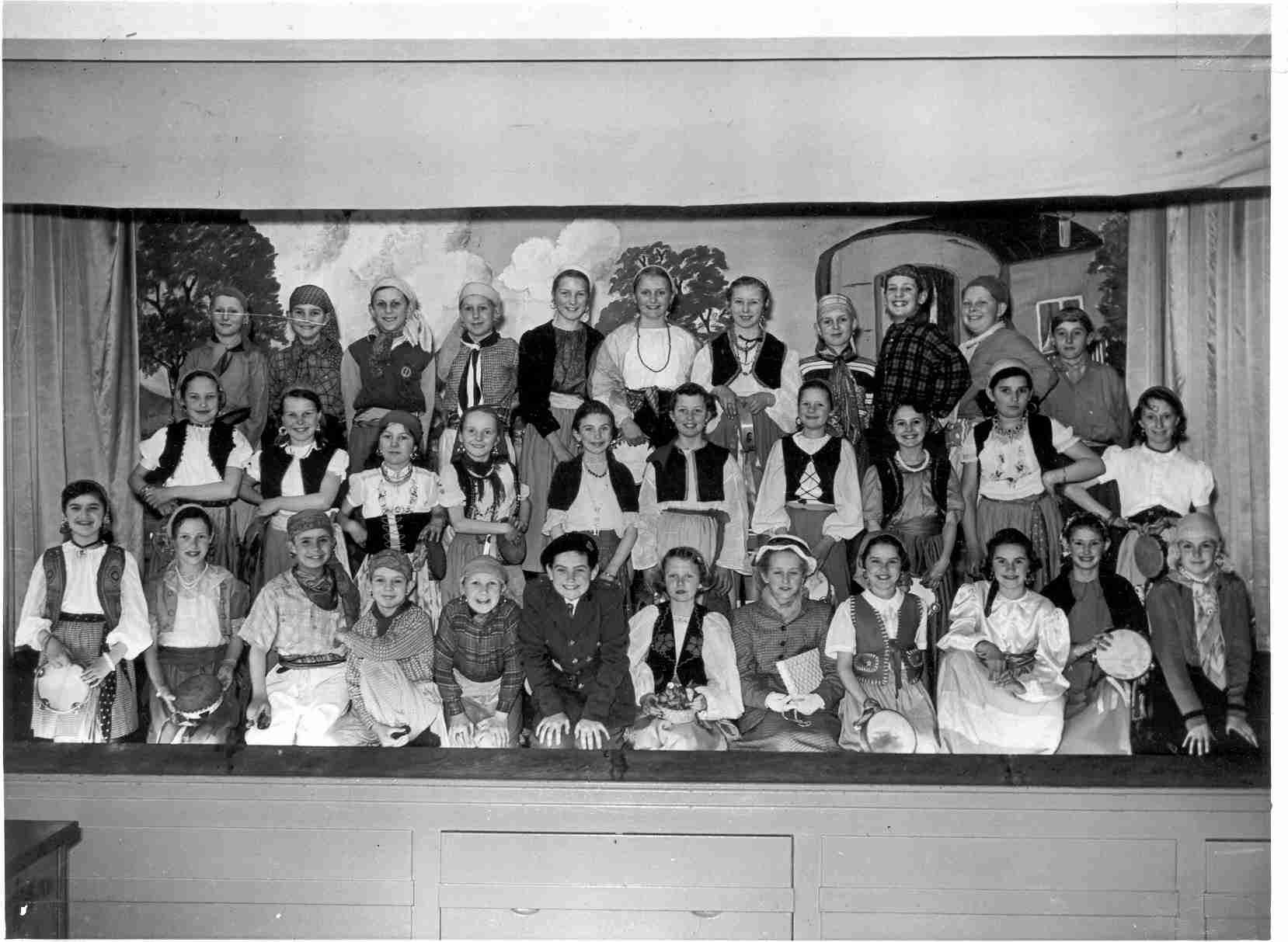 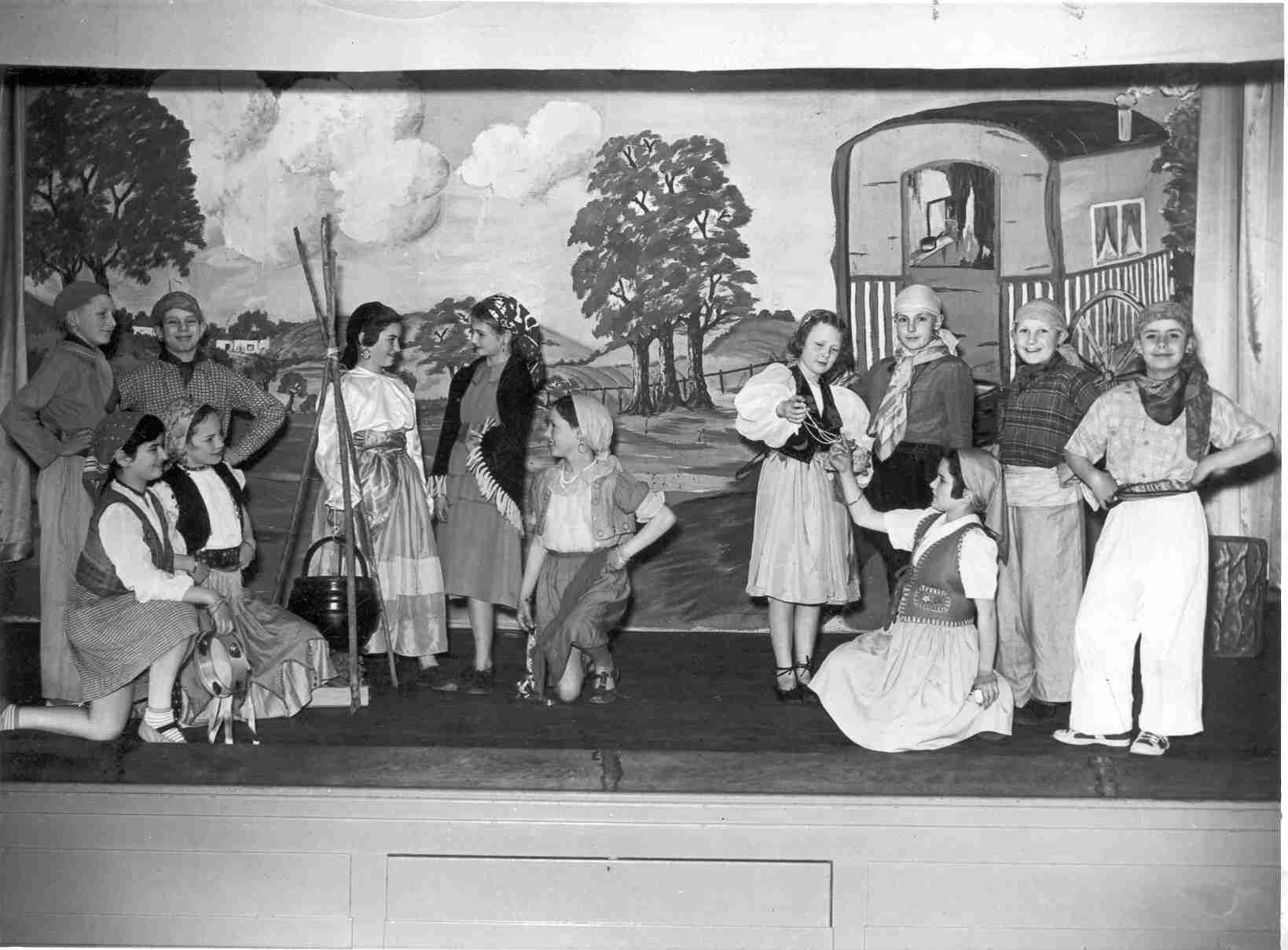