In 1954 Mr Hullah Brown continued to give 'violinda' lessons and the school to participate in the local festivals. 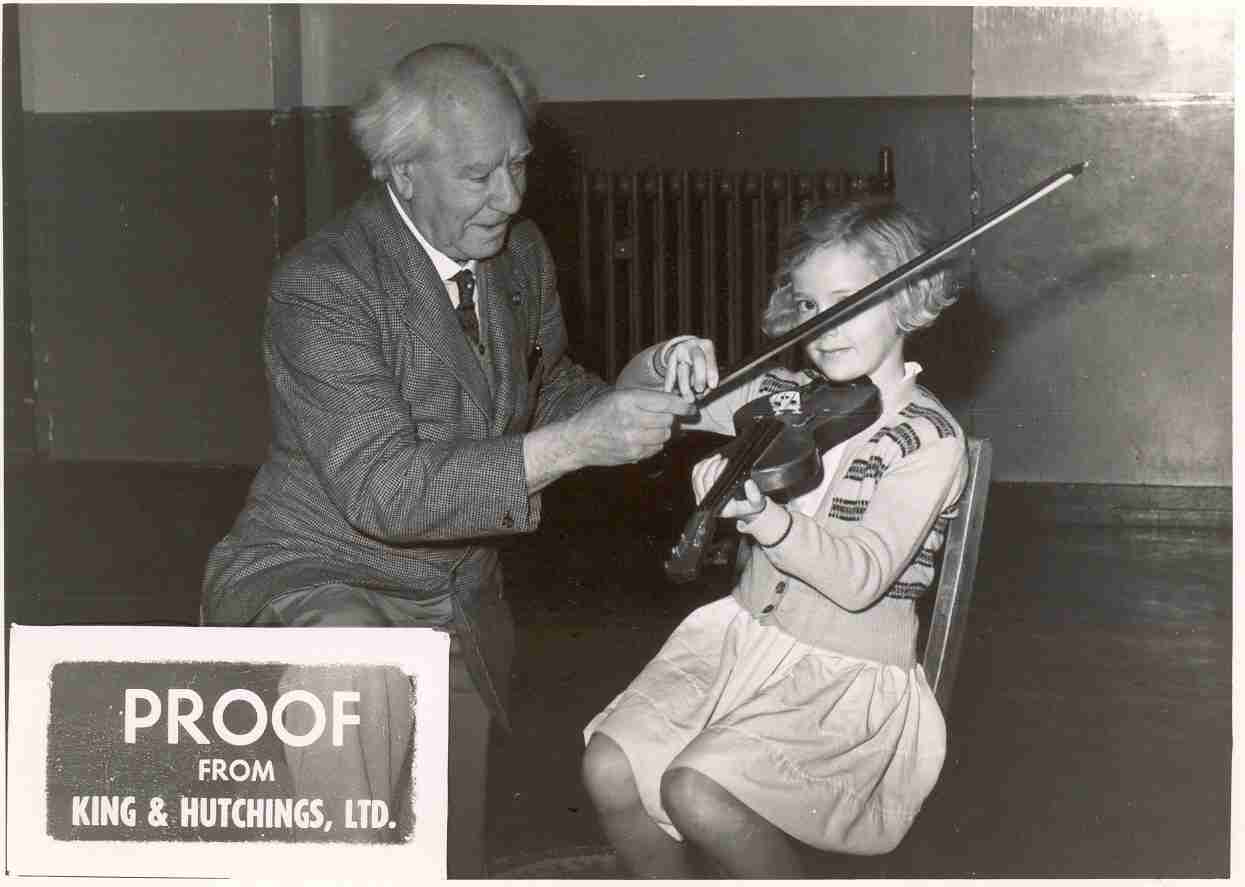 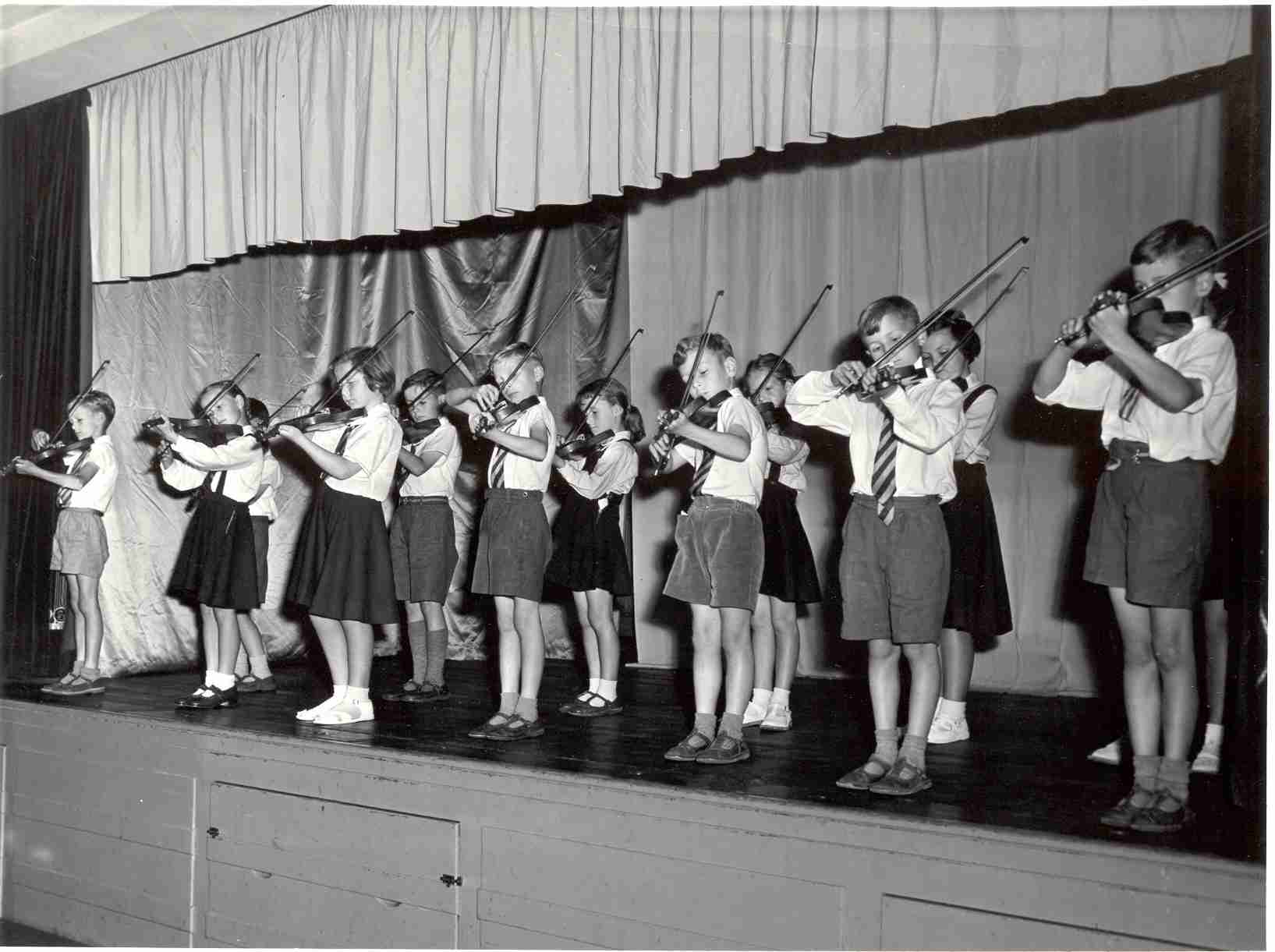 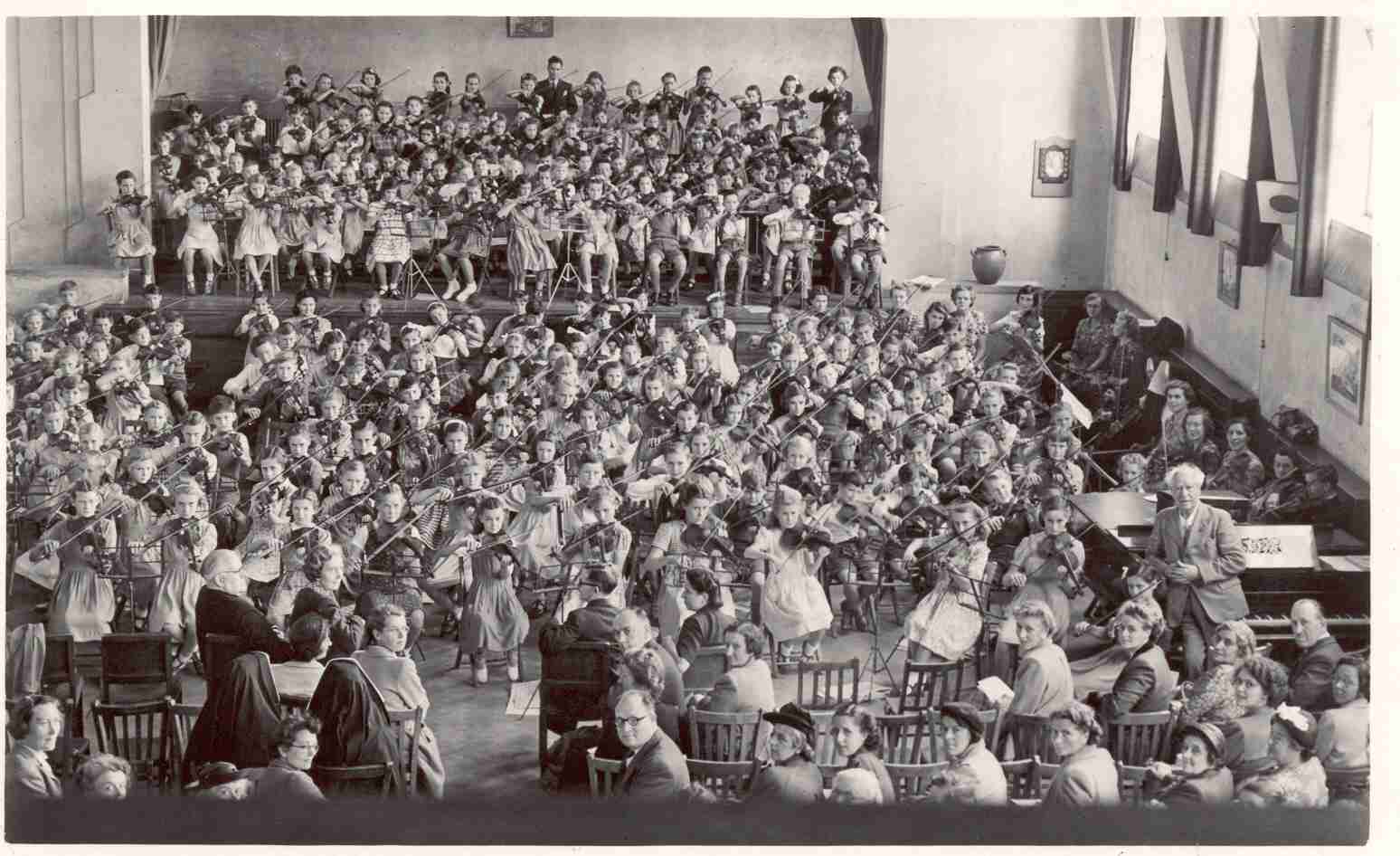 In 2011 David Fourace wrote to us with recollections of violinda lessons at Breakspear and included the picture below.  He wrote:

The attached photograph may be of interest. It is of John Hullah Brown (then nearly 80, I believe) teaching the violinda and was taken on the same day in 1954, and of the same group, as your photograph ref BJS540025. The children are 2nd year infants and their teacher (Miss Lily, I seem to recall) is at the back of the hall. I think this photograph was published in a local newspaper which is why my parents obtained a print. I am in the second row, second from the left. 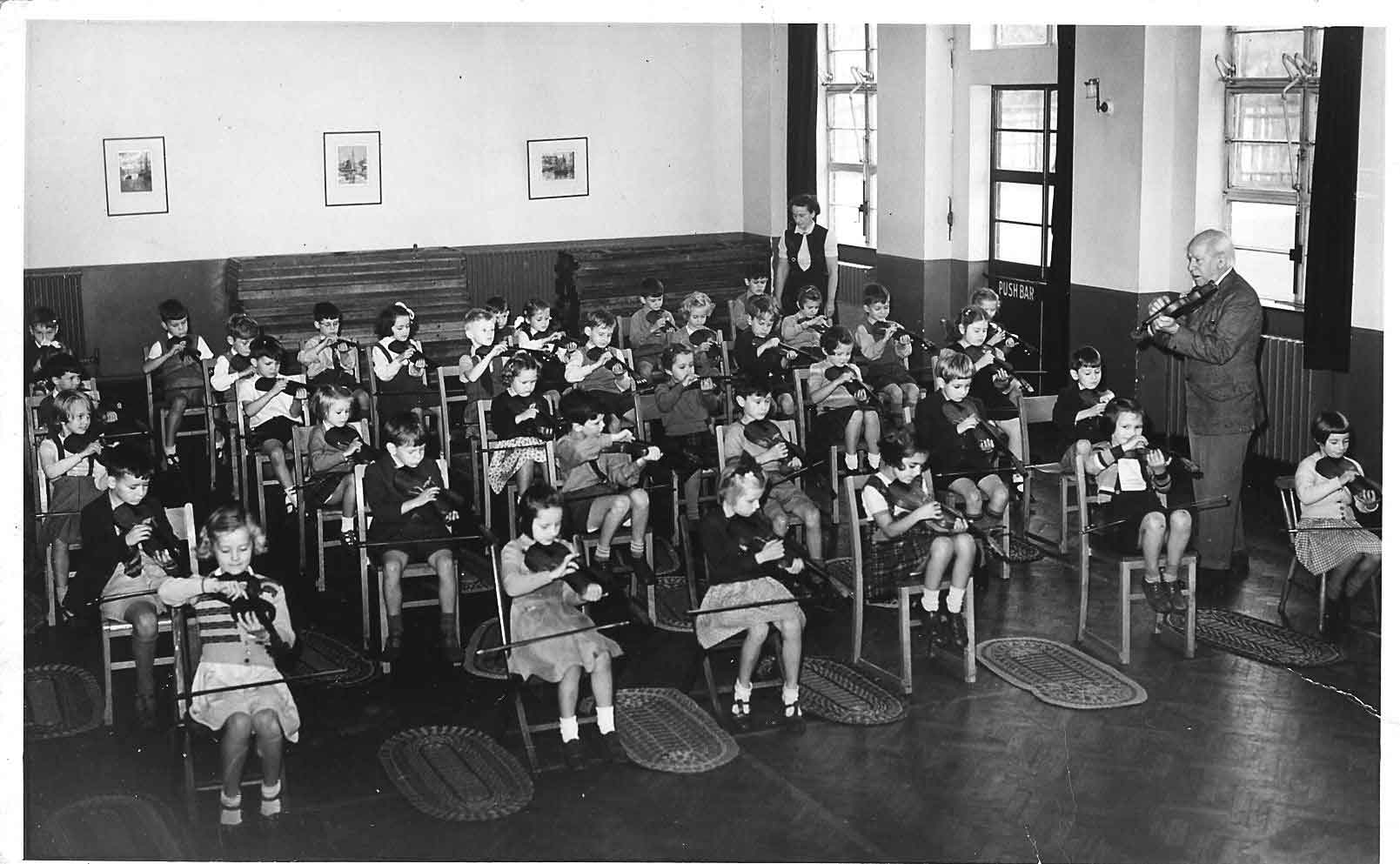