This picture appeared in The Gazette of 8 April 1955 with the following caption:

B.B.C. cameramen shooting a scene at Breakspear School of Children
working on a tapestry of the life of King Arthur. 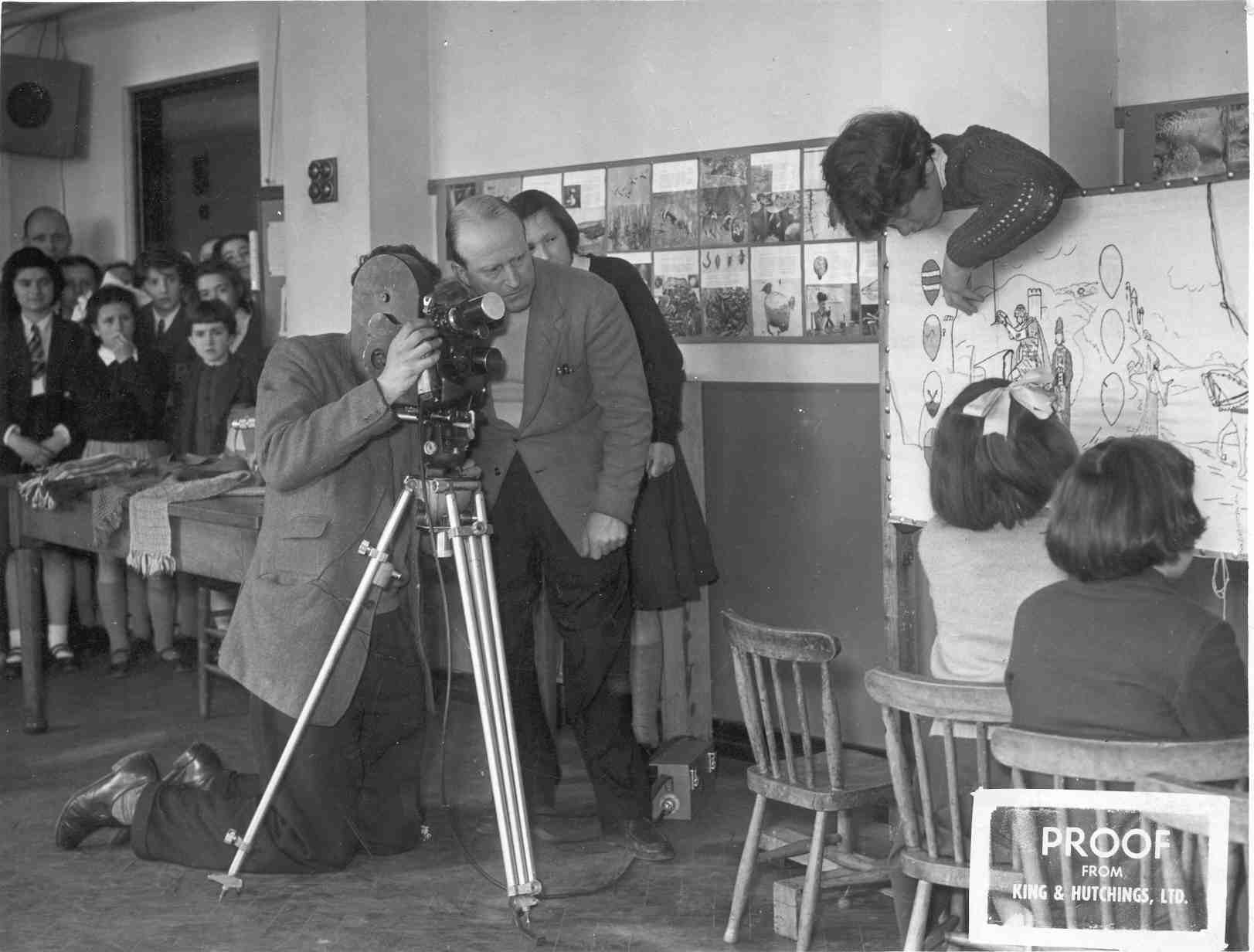 There then followed the this article:

A TELERECORDING which will be shown on Children’s Newsreel was made at Breakspear Junior School, Ickenham, on Thursday of 24 children at work on a tapestry of scenes from the life of King Arthur. Films were also taken of two other tapestries the children have made.

The first was a long extract from the Bayeux Tapestry. The other depicted scenes from Uxbridge: The Treaty House, Ickenham village pump and St. Giles’ Church.

Tapestry making, which has become a tradition at the school, was started in 1952 with the idea of making history more interesting. The children were taken to the Victoria and Albert Museum to study the art. Since then it has become the wish of every child to help in the making of one before leaving.

The copy of the Bayeux tapestry and the one being made at present are embroidered, but the panels of local scenes were done in silk on canvas with the real tapestry stitch. There are 100 stitches to the square inch. All the work is done in class or during spare time. 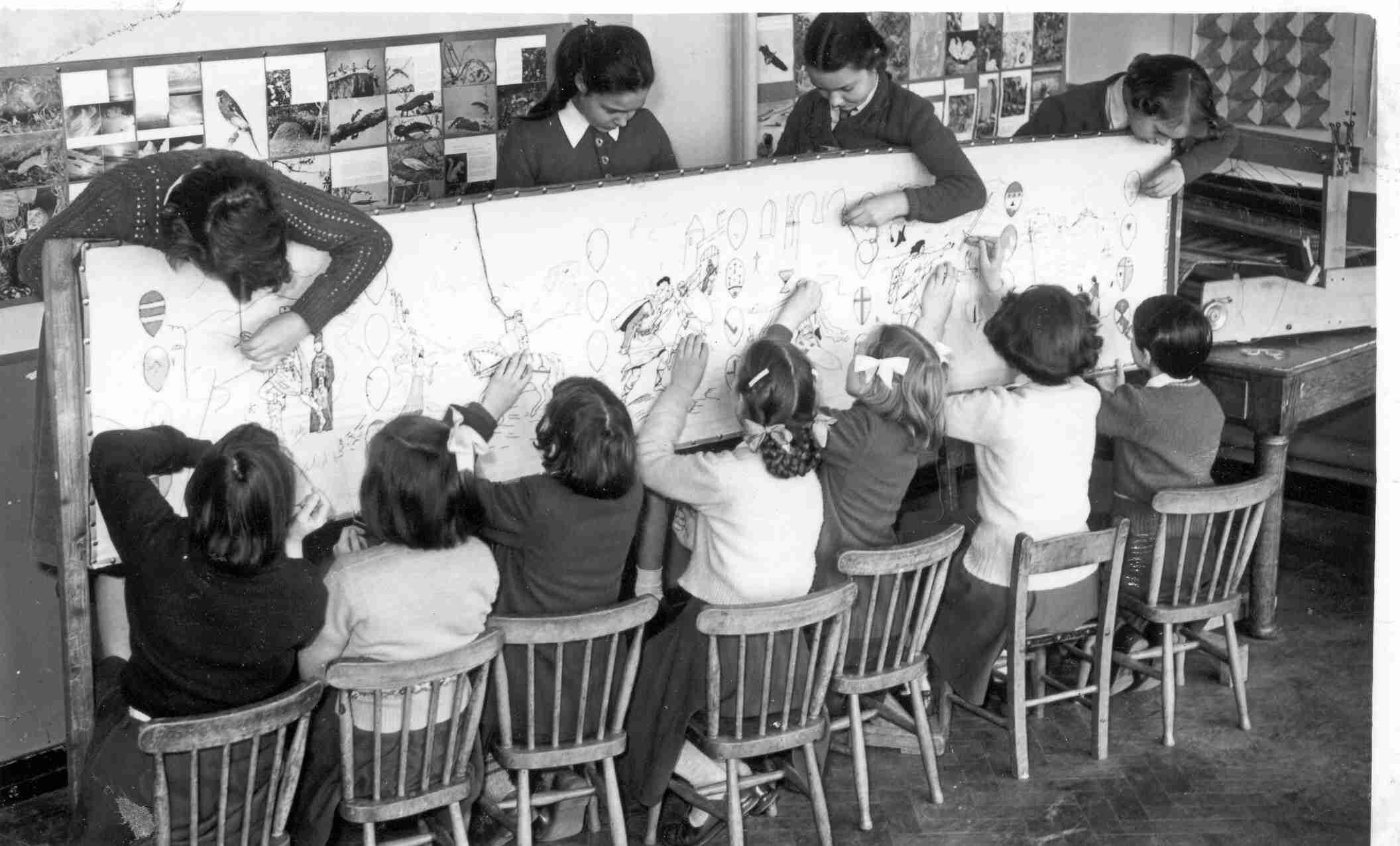