The Gazette of 6 July 1956 yet again turned its attention to the tapestry-making pupils of Breakspear.  This time they were completing work on a tapestry depicting costume through the ages.  That tapestry has now disappeared. However the newspaper article and photographs in the school archives allow us to see something of this work.

The children of Breakspear School Ickenham, who were featured on TV last year with their tapestries, have just finished a new venture - this time an unaided effort.

The idea came from a school inspector.  Impressed with the children’s copies of the medieval Bayeux tapestries, he suggested: “Why not let the children do one themselves?”

The teachers wondered.  They let the children try: and being frames this week ready for the school open days on July 17 and 18 is a 20-figure history of British costumes through the ages from Boadicea to the present.

The figures are made from cloth elected by the children, cut to shape and sewn to a canvas background.  The only help given to the children was in the positioning of the various figures.  Facial features have been stitched on and a careful choice has been exercised in the choice of materials.  There is no room in the school hall for this new ten-feet long history: the walls are already occupied.  Room will have to be found in the school corridors for it.

The new tapestry has taken about six months to complete. “They have enjoyed doing it very much,” says Mr. F. W. Ward, headmaster.  “It has been something new for them to do.  We are extremely pleased with the result.” 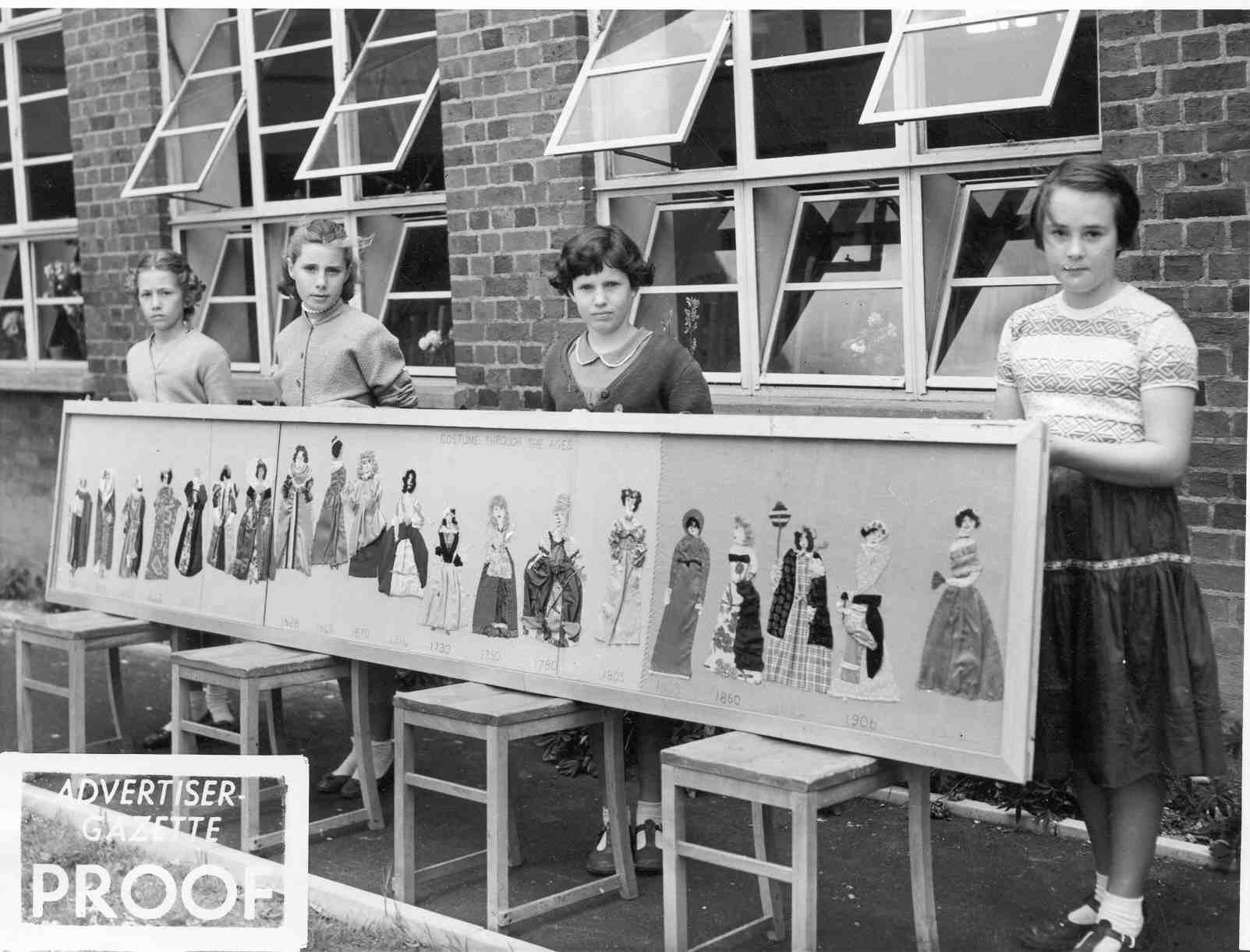 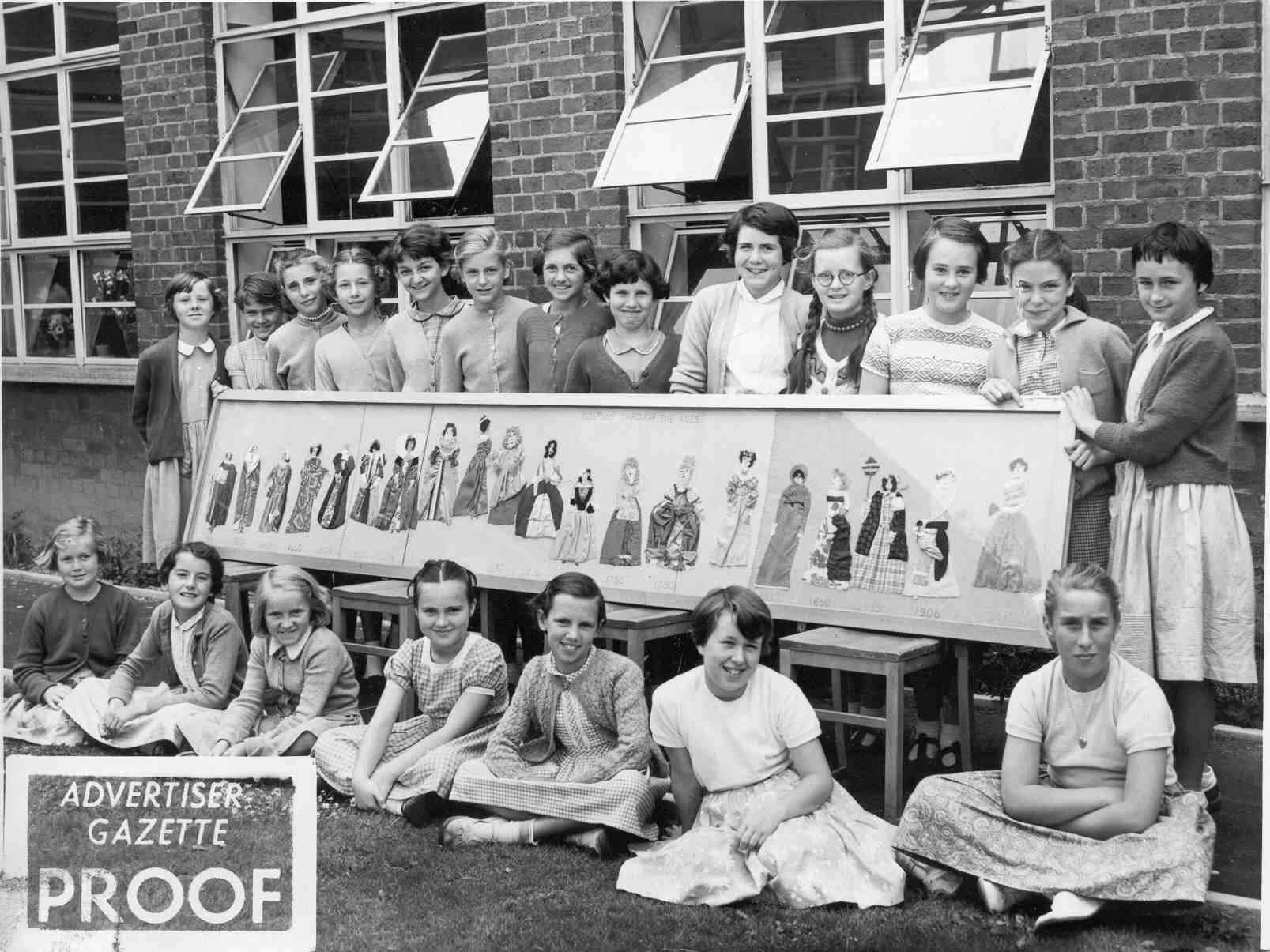 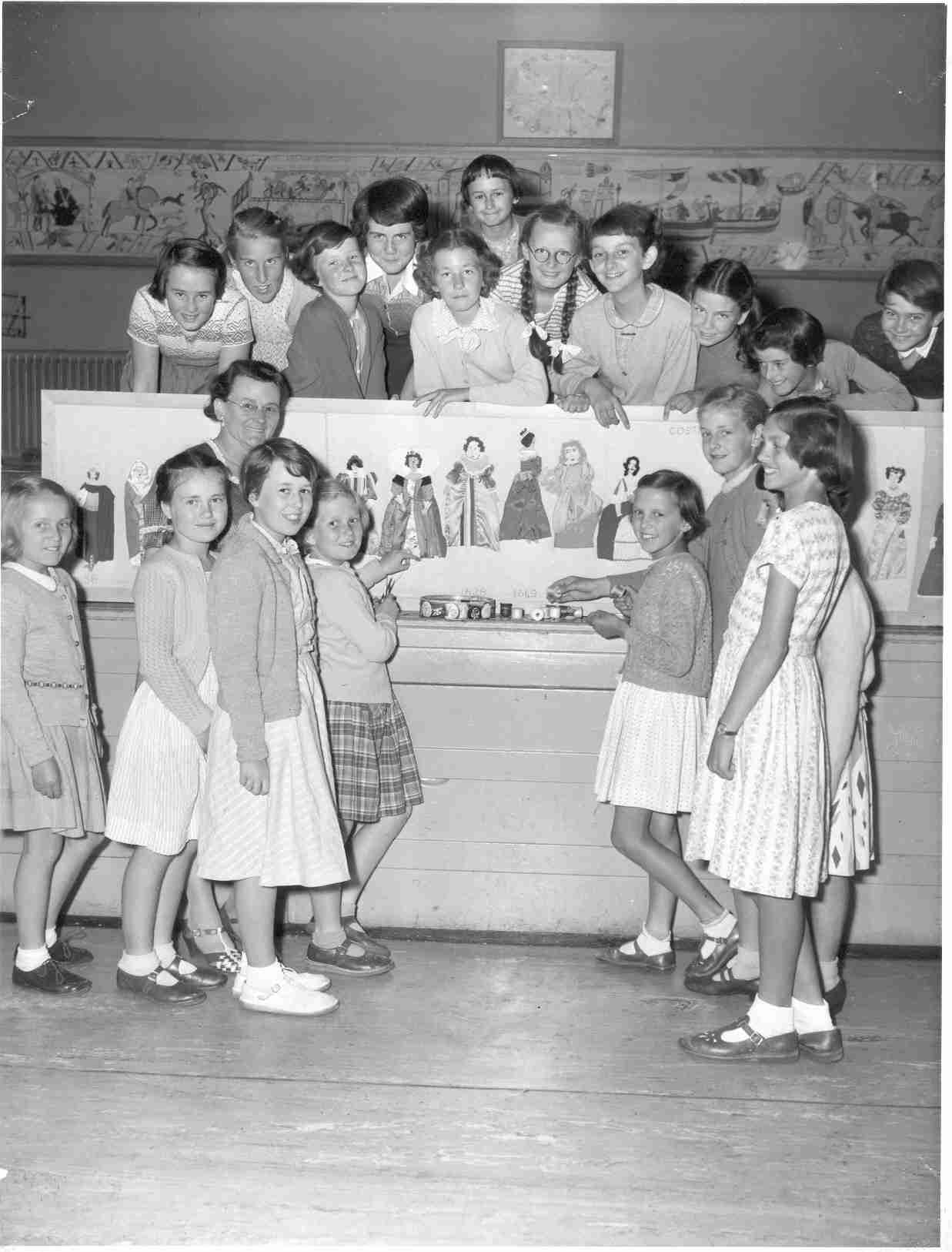