These two photographs in the Archive for 1946 show scenes from "The Frolicsome Hours" by Thomas Dunhill. 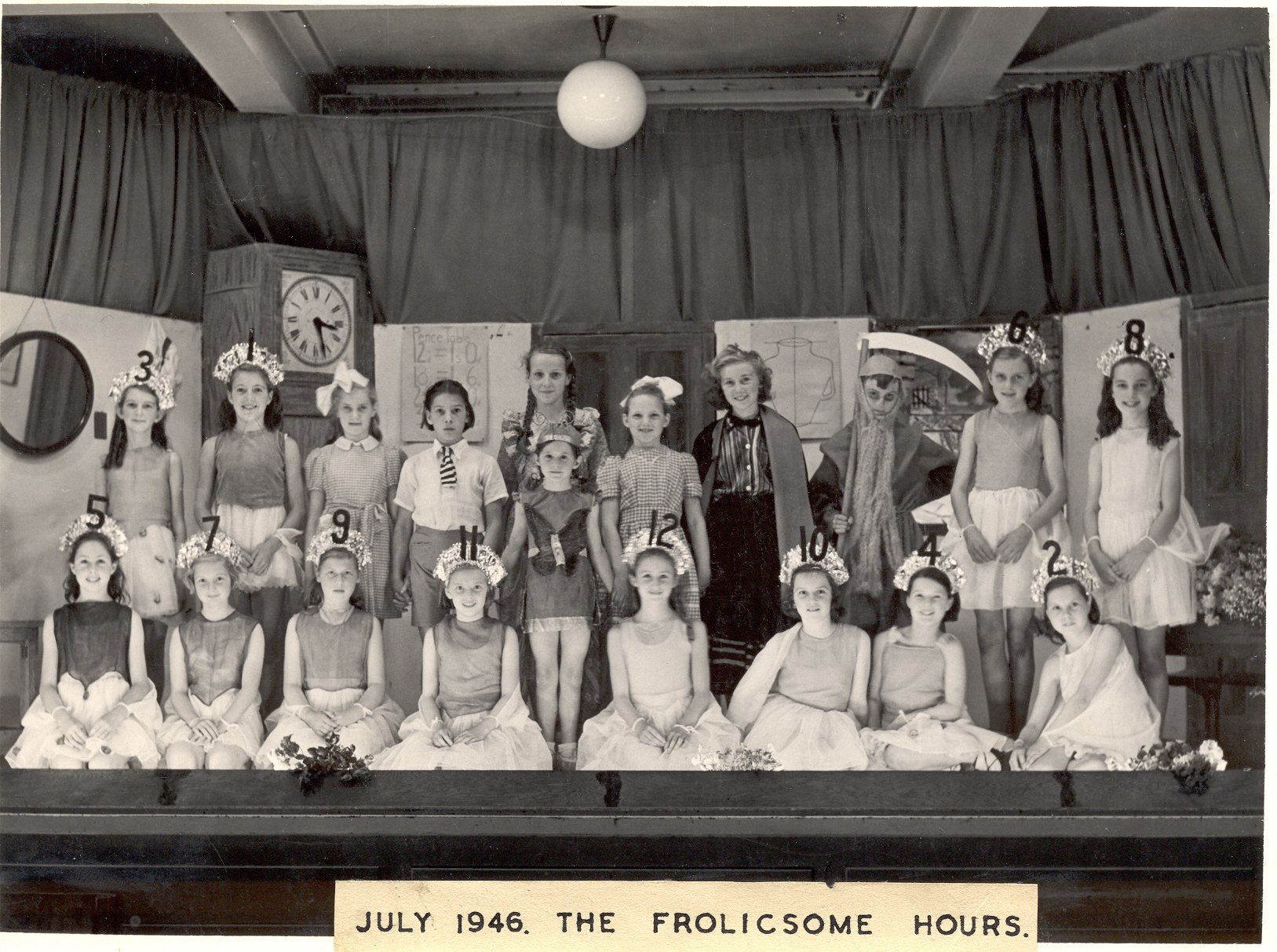 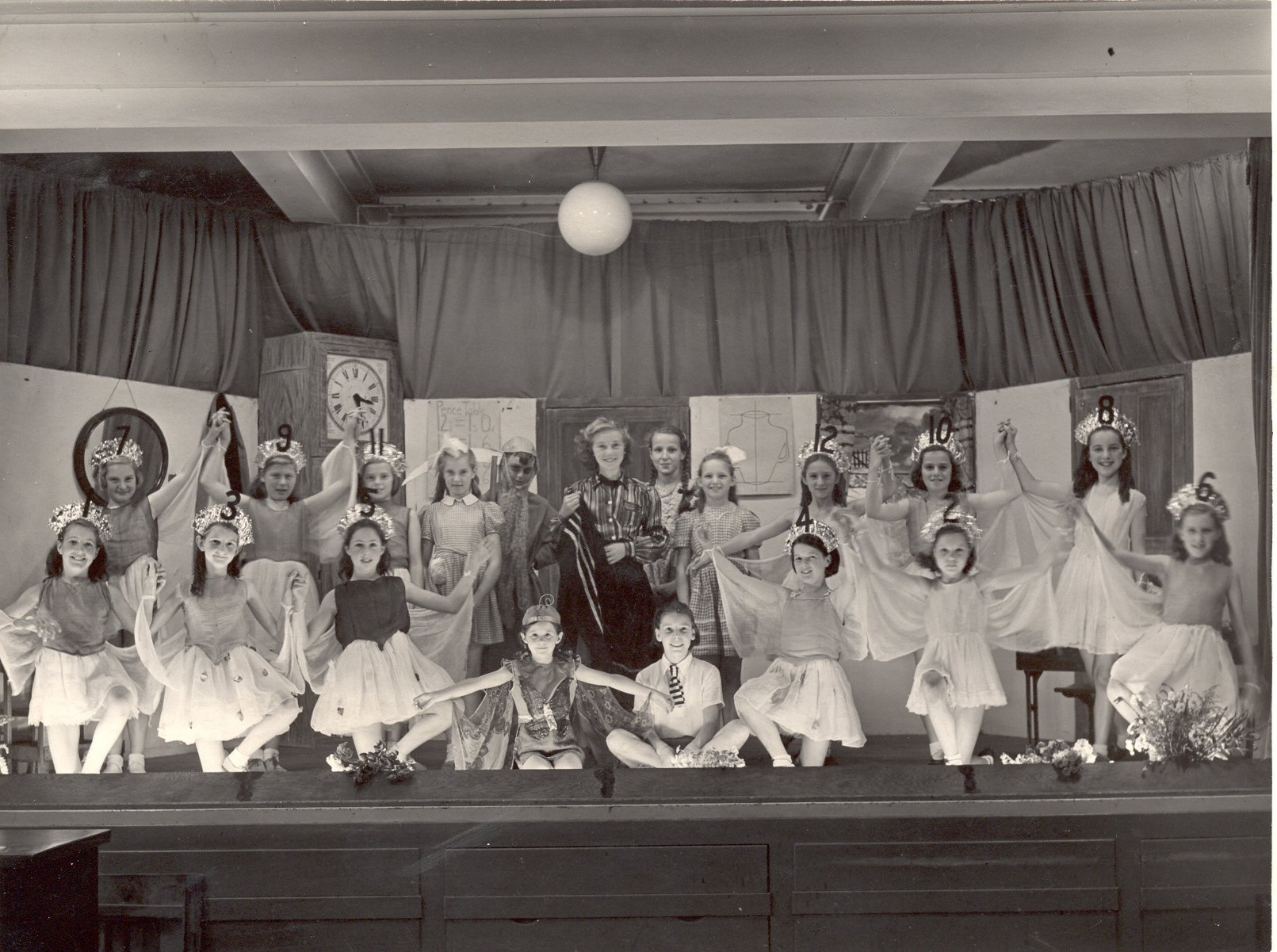 The Uxbridge Gazette carried the following report of the event:

“Frolicsome Hours” At Ickenham
The senior pupils of Breakspear School, Ickenham, presented an operetta “The Frolicsome Hours” (Thomas Dunhill), in the school hall last Wednesday evening. Mr. Ward, the headmaster, welcomed the large audience and explained that Mrs. Scott was the sole producer, and that all the pupils concerned had worked for the entrance examination earlier in the year. Mr. Ward expressed his opinion that there was much cultural experience and development of personality to be gained in a production of this kind.

Mrs. Scott, at the piano, played the overture, and the curtain rose on a scene set in the country schoolroom. The three sleepy children, Janet Watt, Shirley Ball and Anne Hill, made an attractive beginning with a trio, “Singing Through the Drowsy Hours”. The theme of the operetta was the desire of the children to banish lessons and to play all day. They call upon Father Time to set the hours free and to their delight he does, but when they grow hungry and tired of play they beg for lessons, and everything returns to normal.

After the finale, June Ann Rose thanked Mrs. Scott for her patience and hard work, and presented the first of several bouquets of flowers to her. Mrs. Scott praised the pupils for their enthusiasm, and expressed her thanks to the boys behind the scenes, and parents and her colleagues for their co-operation.

The Rev. J. B. King, on behalf of the audience, said how much he had enjoyed the performance and agreed with Mr. Ward about the expression of individual personality.