In 2012 Michael Eldon (formerly Michael Einhorn) sent us photographs of a school trip to Kew Gardens.
He thinks the year was 1947 and that the teachers were Miss Gould and Mr Miller (though not too sure about the latter.) The three boys on the seat are John Hillier, Derek ?, and Michael Ward Michael Eldon took the photographs with his Brownie box camera. 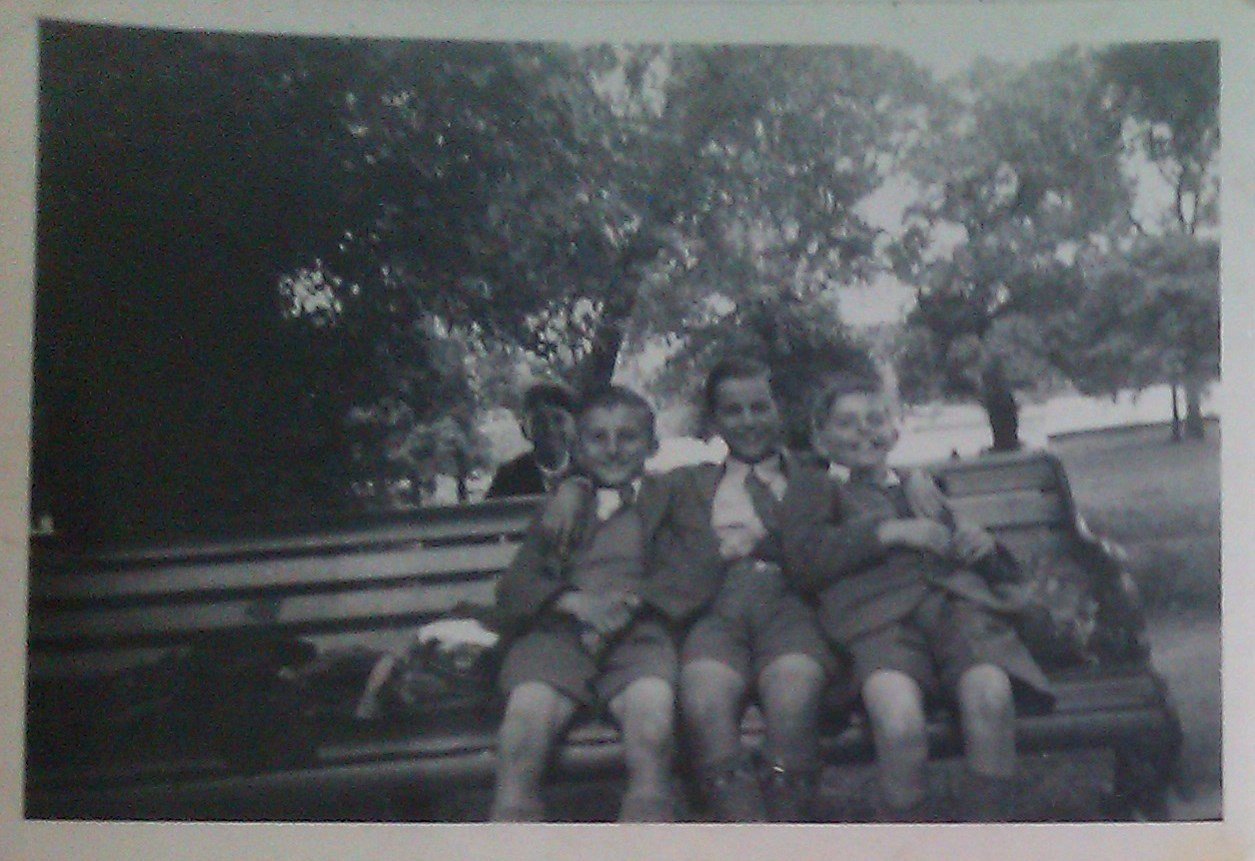 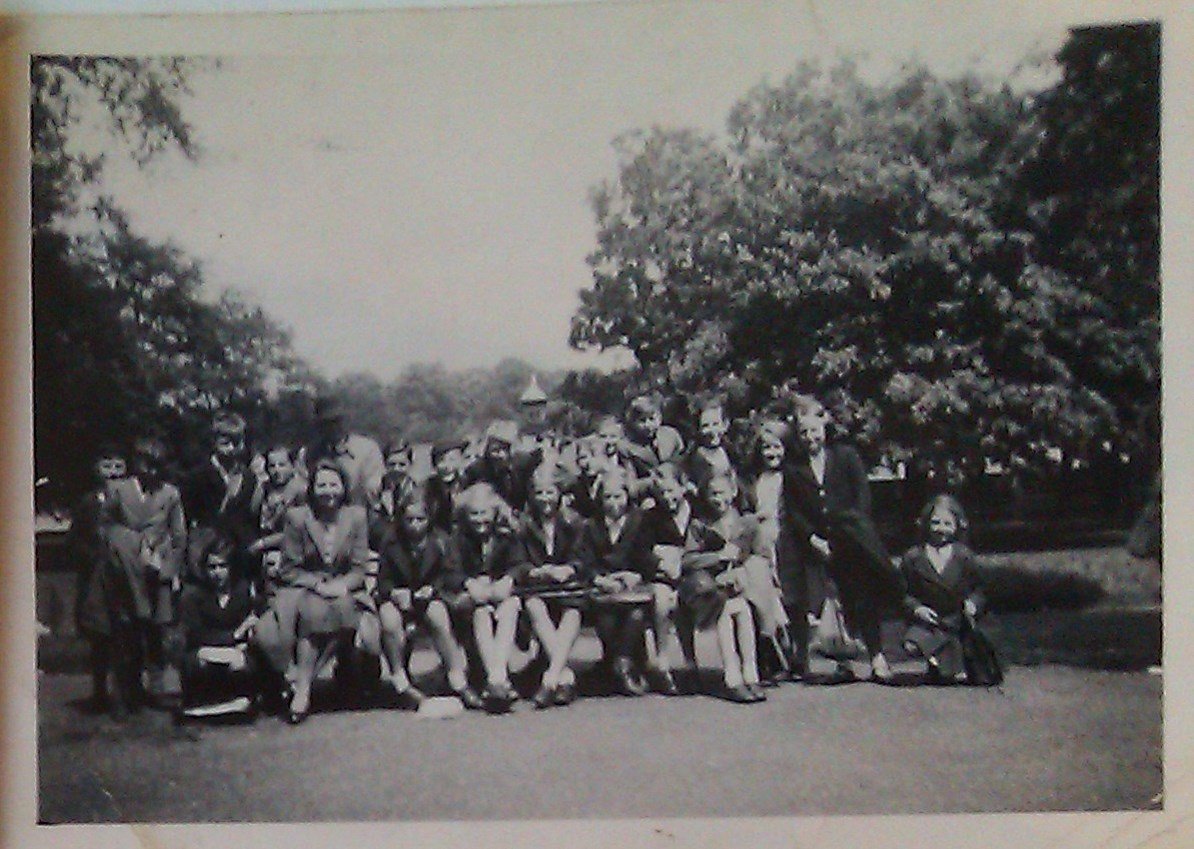 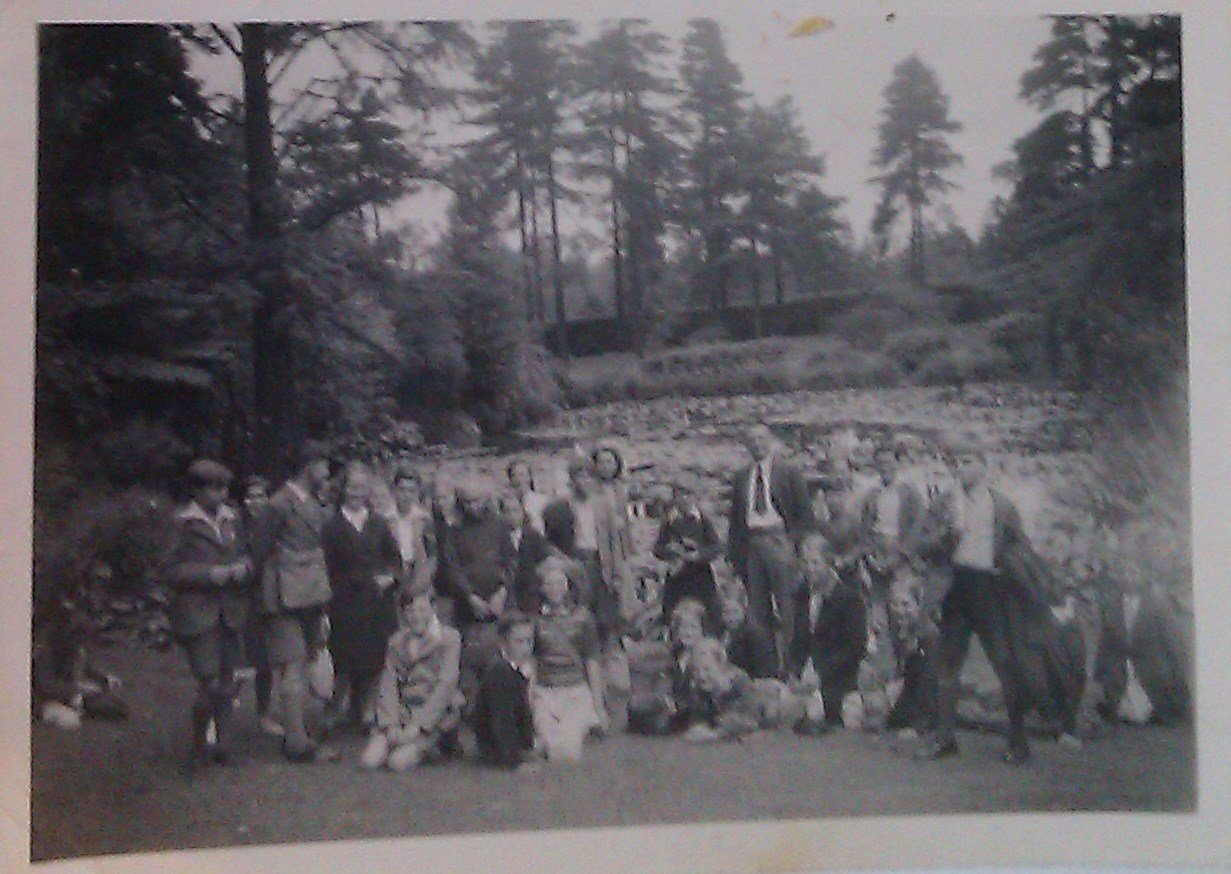