Mr. Ward is at the back on the left and Mr. Hullar Brown, the violin teacher, on the right. The other two adults have not yet been identified. The photograph was taken in what is now the lower hall. The kitchen was later built behind the wall in the background. Where there is the radiator, there is now a door leading to the cooking room and the library. 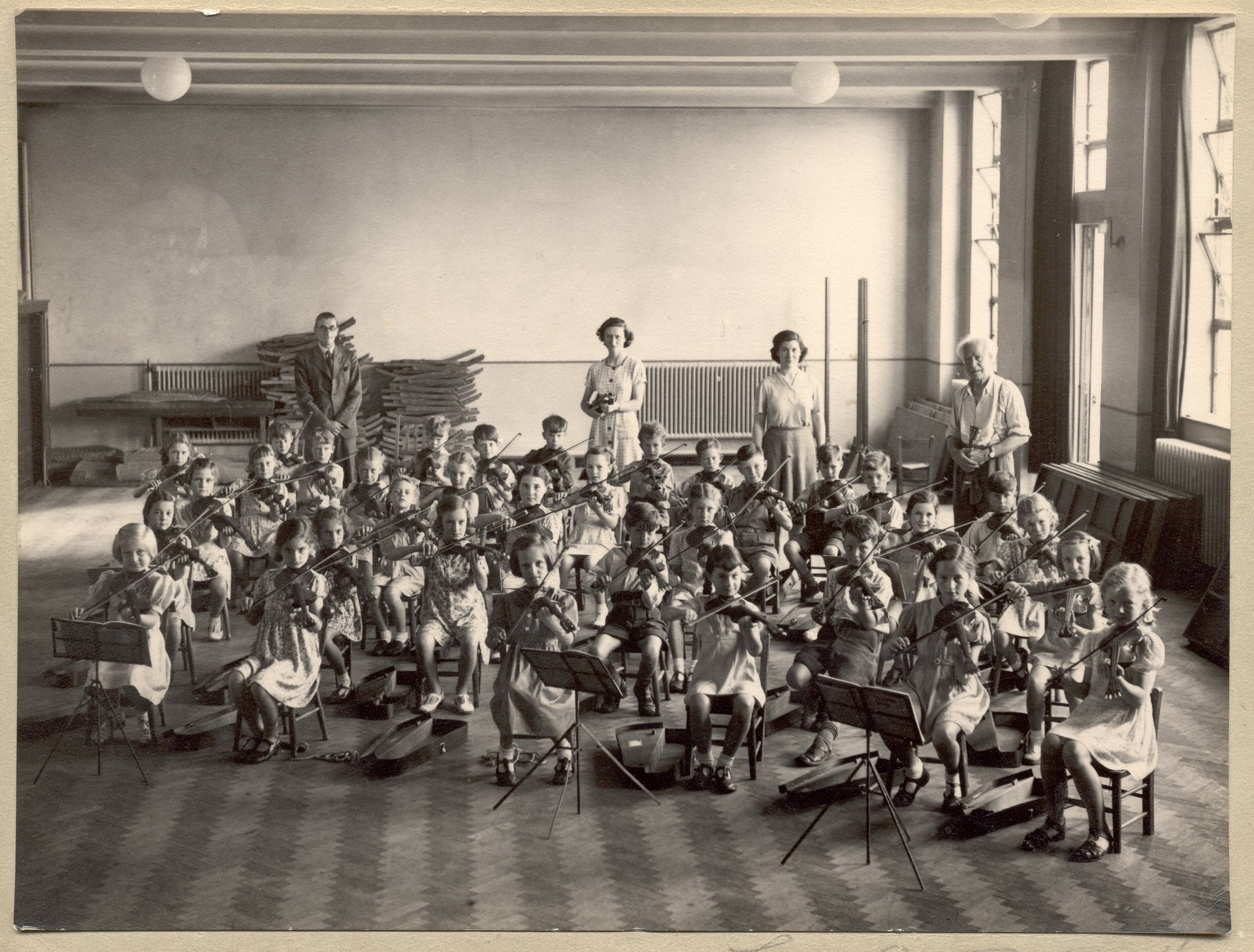 Hullar Brown involved the school in Violinda Festivals. This one took place on Thursday 24 July 1947 at Pinner County School. 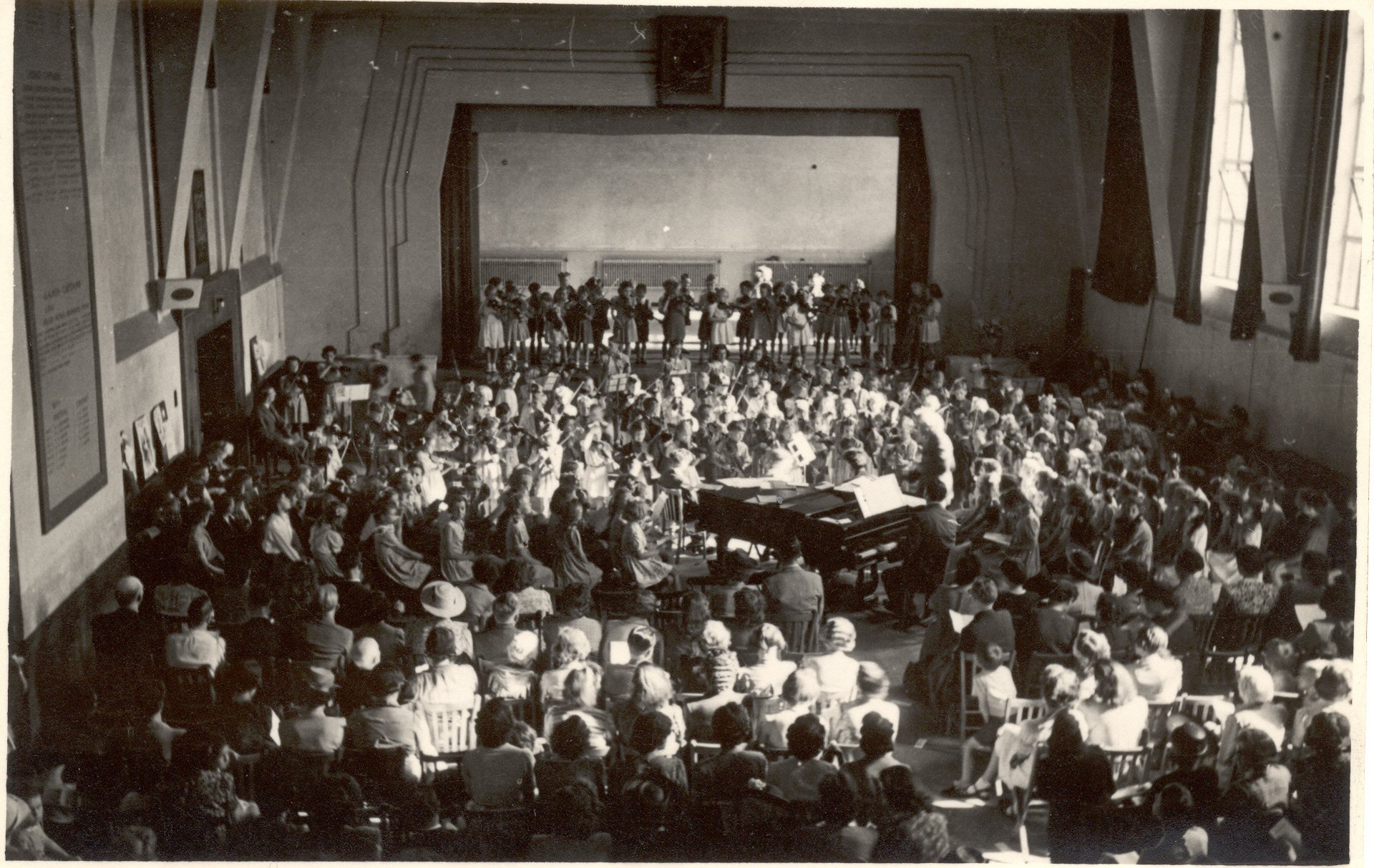 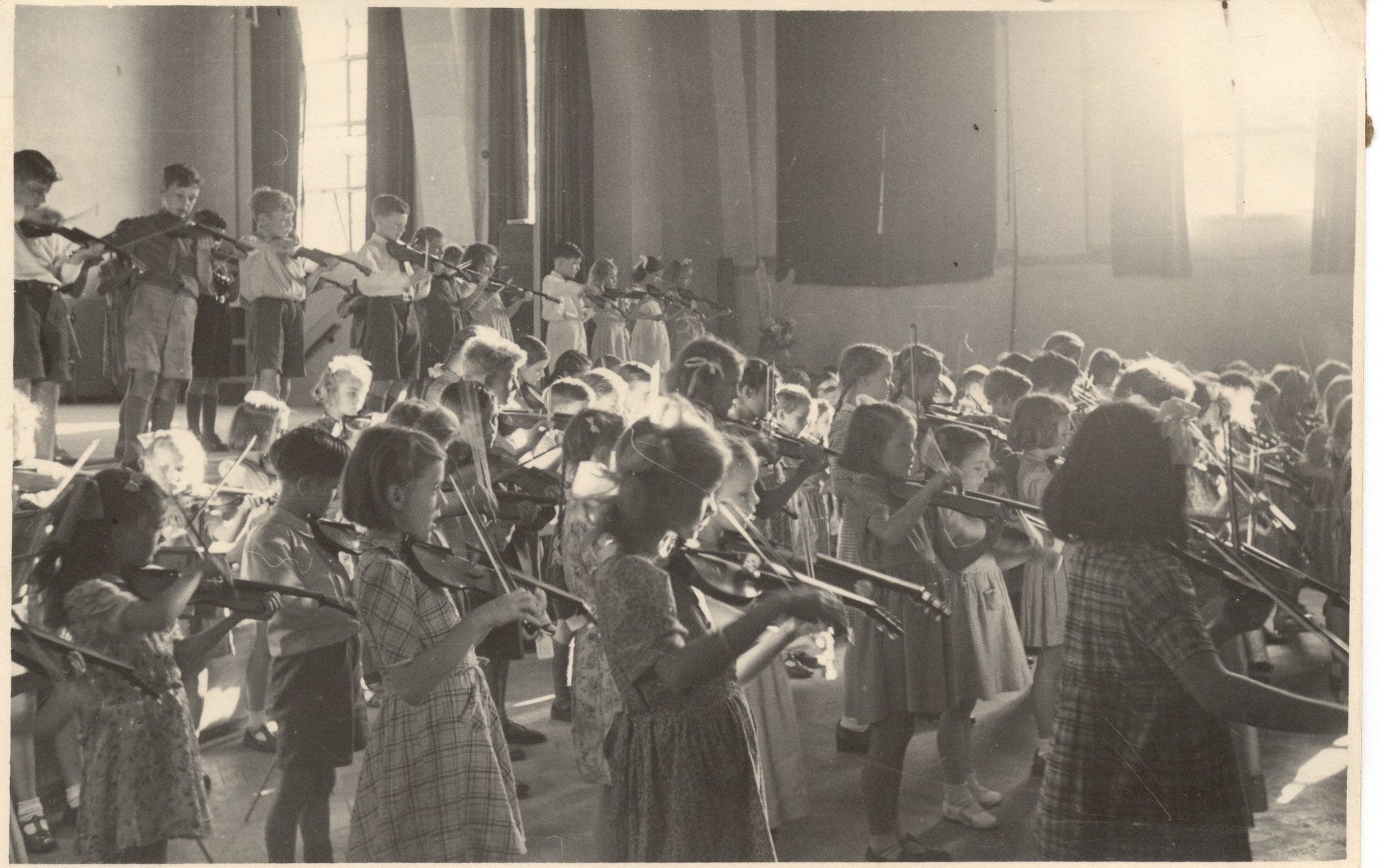 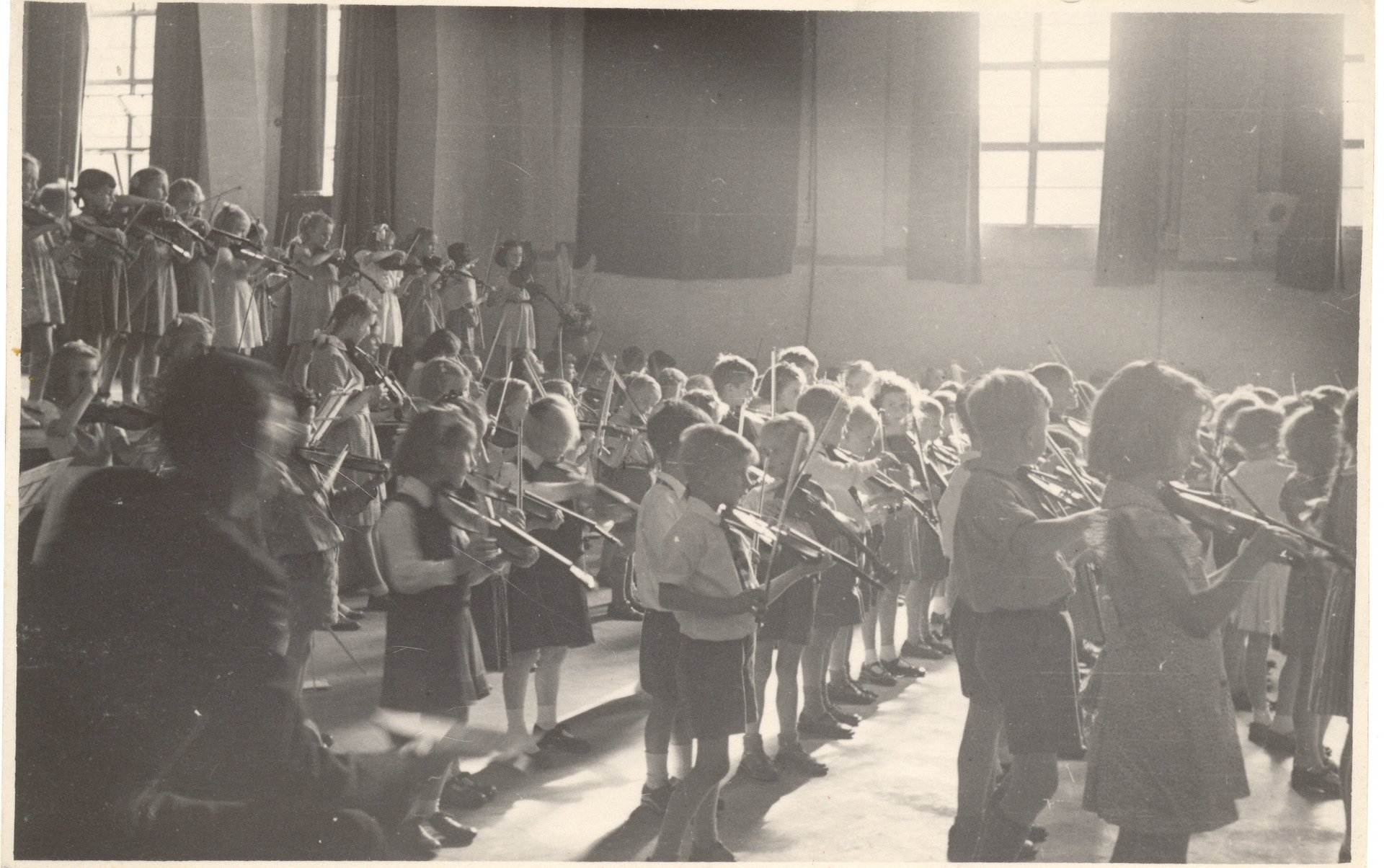