These photographs are of ‘The Idea' an operetta for children written by Gustav Holst. It is described on pages 10 and 11 of the 1949 School Magazine.

The characters in the picture at bottom left are (from left to right) Carol Watts, Roy Humphreyson, Edwin Lee, Peter Harding, Helen Clarke and Valerie Ward.

In 2013 Edwin Lee recalled:
"I remember little about the performance besides the 'Rolly Polly Pudding' song on page 34 of the score. As part of the song I had to perform a dance tossing the pudding into the air as I danced. At one point I tossed the pudding into the audience and had to ask for it to be thrown back. In another song featuring the pudding I had to pronounce that 'rolly polly pudding made me perfectly sick.' As directed I sang the word 'perfectly' in my squeaky boy-soprano voice and spoke the word 'sick' in my voice-broken bass voice which caused great amusement. Also, as I was reminded recently, my slight lisp ensured that 'rolly polly' always came out as 'wolly polly'. " 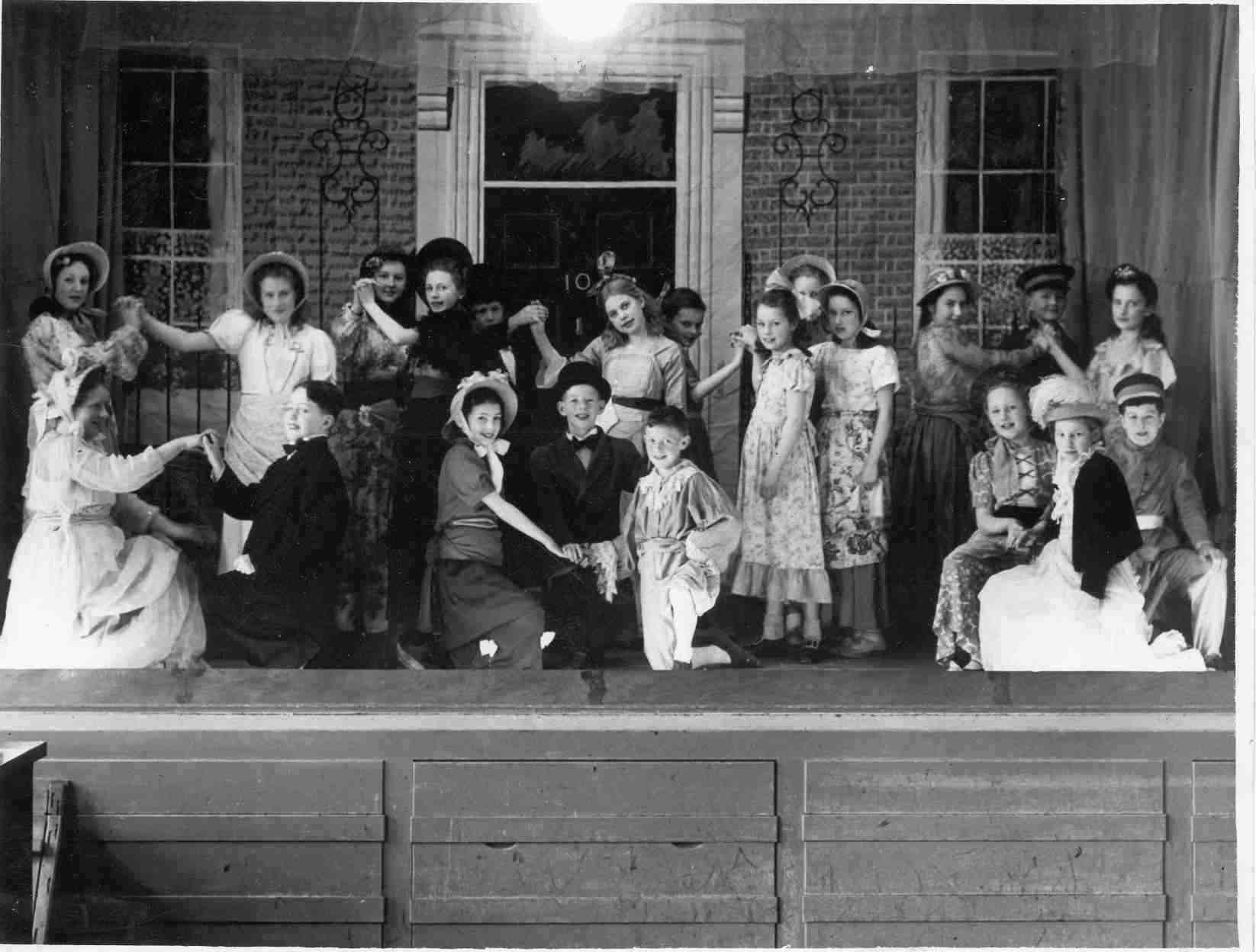 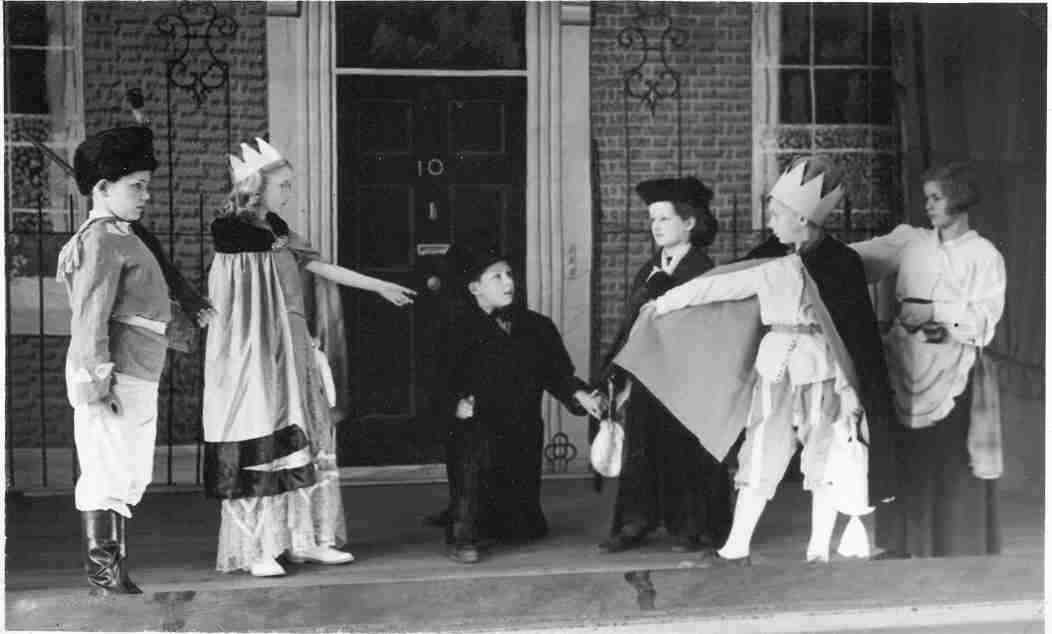 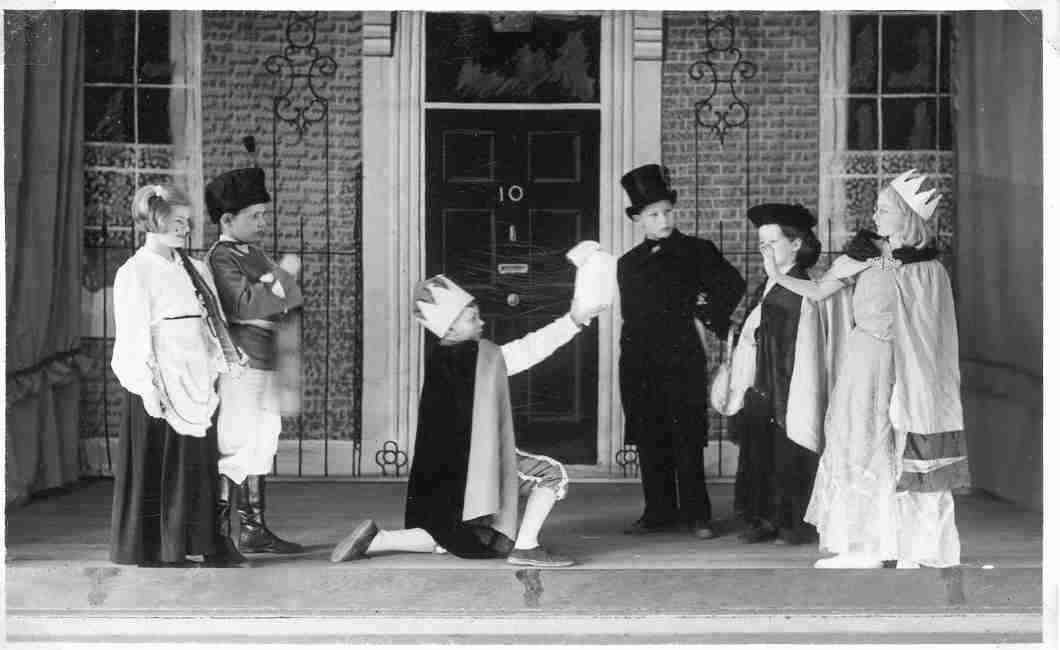 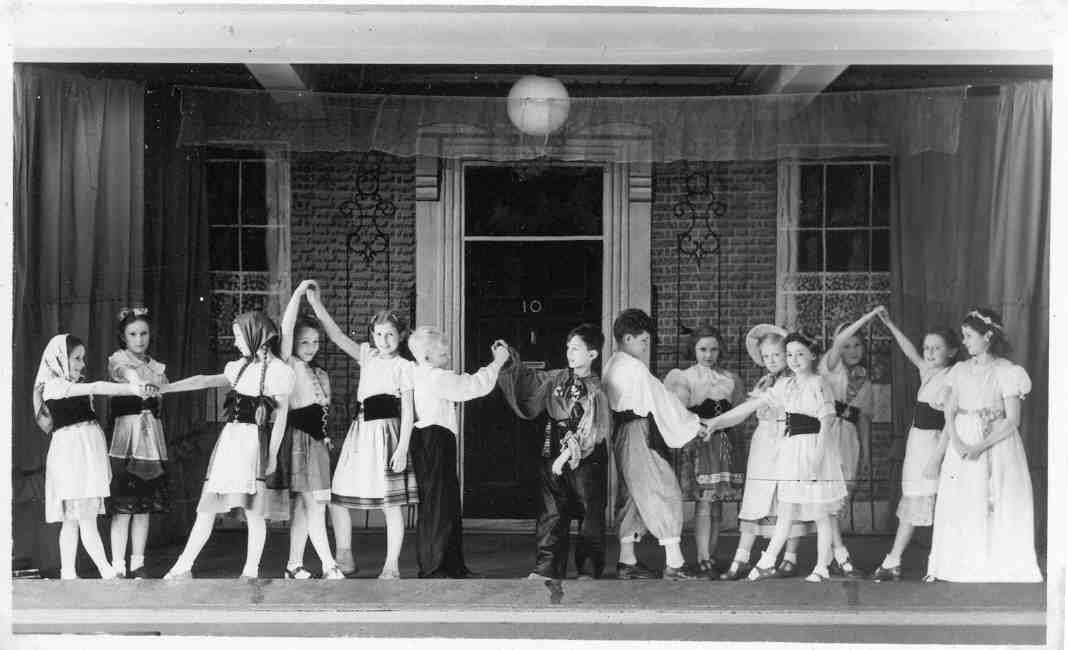